Latest / General News / COP 26: Ocean action is climate action and the time to act is now!

COP 26: Ocean action is climate action and the time to act is now!

A healthy ocean teeming with life can play an important role in mitigating climate change. To tap into the full potential of ocean-based solutions, the link between ocean and climate must be strengthened and fully integrated into national strategies.

Rewilding the ocean is climate action

Scientists are calling on world leaders to protect and restore 30% of the ocean by 2030 to help the ocean and its ecosystems to face down the threats of a changing climate and better mitigate climate change.

In fact, the ocean is our best ally against climate change. It has already absorbed 90% of the excess of heat resulting from anthropogenic warming, along with one-quarter of CO2 emissions. Ocean species play an underrated role in the carbon cycle. Plankton and larger plant species capture carbon from the atmosphere and the sea, and when that plankton is eaten, the carbon is stored in marine animals such as whales and fish. Their faeces – and their bodies when they die – sink to the bottom, where the carbon is stored in ocean sediment for many thousands of years, preventing it from re-entering the atmosphere. Certain marine ecosystems, such as mangroves and seagrass, store carbon faster than mature tropical forests, while coastal habitats like wetlands and coral reefs act as a barrier, protecting shorelines from the climate impacts of storms and sea-level rise.

A living ocean with diverse marine life and healthy ecosystems is thus crucial to mitigate and adapt to climate change. Rewilding the ocean in a way that restores and protects nature should be fully considered as part of the climate agenda.

The climate crisis is driving a decline in ocean health by altering its acidity and its temperature. Only a very substantial reduction in climate pollution can slow and ultimately stop this trend. Unfortunately, there is a large gap between the emission reductions that are promised by states and what is needed. According to recent IPCC reports, to stand a good chance of meeting the Paris Agreement’s goal of keeping warming below 1.5 degrees climate pollution must halve by 2030 and fall to zero as near to 2040 as possible and certainly no later than 2050.

Of particular concern is the business-as-usual approach being adopted by international shipping, which is responsible for around 3% of all GHG emissions. Despite clearer pathways to decarbonisation than many other industries, several botched attempts at international regulation have left shipping emissions continuing to grow. In addition to CO2, emissions of ship-source black carbon and its effect on the Arctic are a particular concern.

The essential energy transition from fossil fuels to renewables is reflected in EU plans for a substantial increase in offshore windfarms. However, these must be managed with full respect for biodiversity: large offshore wind farms should not be allowed in marine protected areas, for example, to avoid compromising marine conservation efforts. The climate and biodiversity crises are two sides of the same coin, each feeding and worsening the other. Efforts to fight climate change and biodiversity loss must work together and strengthen one another.

The growth of the blue economy is accelerating and that expansion is impacting already fragile marine ecosystems and thus the ocean’s climate mitigation and adaptation potential. Harmful and destructive human activities such as , bottom trawling must start being phased out, while the growing interest in deep-sea mining should not be pursued.

Taking large quantities of fish out of the ocean undermines its ability to mitigate climate change. Fish are not merely ‘seafood’, but are living organisms and part of an ecosystem with a crucial role in climate change mitigation. Ending overfishing and allowing fish stocks to replenish would also directly reduce CO2 emissions from fishing vessels – with an ocean full of fish, vessels can remain closer to shore and burn less fuel.

Dragging heavy nets across the seabed destroys habitats and results in high levels of unintended catch. It may also release carbon and methane (a far more potent greenhouse gas) into the atmosphere. Globally, the quantity of carbon released due to bottom trawling equals that emitted by the entire aviation sector.

The deep sea plays a pivotal role in climate regulation, as it drives ocean currents and stores carbon. The increasing demand for metals for electric car batteries, mobile phones and laptops, windmills and solar panels, is creating an unprecedented boom in terrestrial mining and is now pushing the mining industry into the deep sea. Such mining will result in large-scale irreversible biodiversity loss and risks irretrievable disruption of the ocean’s climate regulation function.  Deep sea mining should not be pursued.

Plastics are the symbol of our throw-away society

Consumption and throw-away society. Despite being made to last for centuries, we produce, use and throw away plastic as if it is truly disposable.

Over 99% of plastic is made from fossil fuels. Estimates show that by 2050, the total greenhouse gas emissions from plastic could reach 10-13% of the entire remaining carbon budget. Yet the true climate cost of plastic is far higher when the whole plastic lifecycle is taken into account.

Only a minor fraction of plastic can be recycled and the rest represents a threat, suffocating marine life, reducing phytoplankton’s ability to fix carbon via photosynthesis, and compromising the proper functioning of the ocean carbon pump by making plankton and fish’s faecal pellets lighter (preventing them from falling to the seabed). With plastic production growing exponentially, deeper reflection and lifestyle changes are needed.

The need to consume less and better

To date, economic growth has been the main driver of rising environmental damage and climate-heating emissions. Eternal economic growth is incompatible with a finite planet and technology alone cannot fix the climate and biodiversity crises, as the EEA and IPBES point out. Rather, we need to rethink our lifestyles and the way we move, produce and consume. Addressing climate and environmental breakdown requires a downscaling of economic production and consumption in the wealthiest countries. To live within our planet’s ecological boundaries, we need a just and fair transition towards a new socioeconomic model based on efficiency, wellbeing and sufficiency – we need to consume less and better.  This is possible, and we already selected many ideas to achieve this in relation to the demand for metals and avoiding mining the deep sea.

Thousands of the world’s leading scientists have concluded that without immediate action to tackle the ecological and climate crises and reduce CO2 emissions, there will be disastrous and irreversible impacts.

A healthy and thriving ocean underpins the survival and wellbeing of all life on Earth. We depend on the ocean for the air we breathe, food security, resources, rain, crops and climate regulation. We need to preserve life in the ocean and enable a living ocean to fully realise its climate mitigation role.

Ocean action is climate action, and the time for action is now! 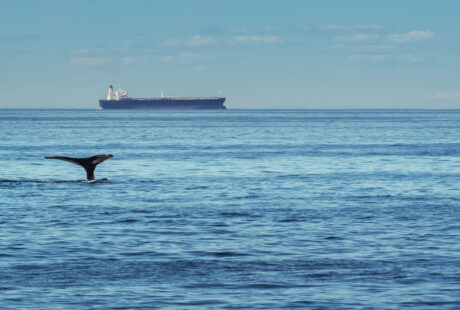