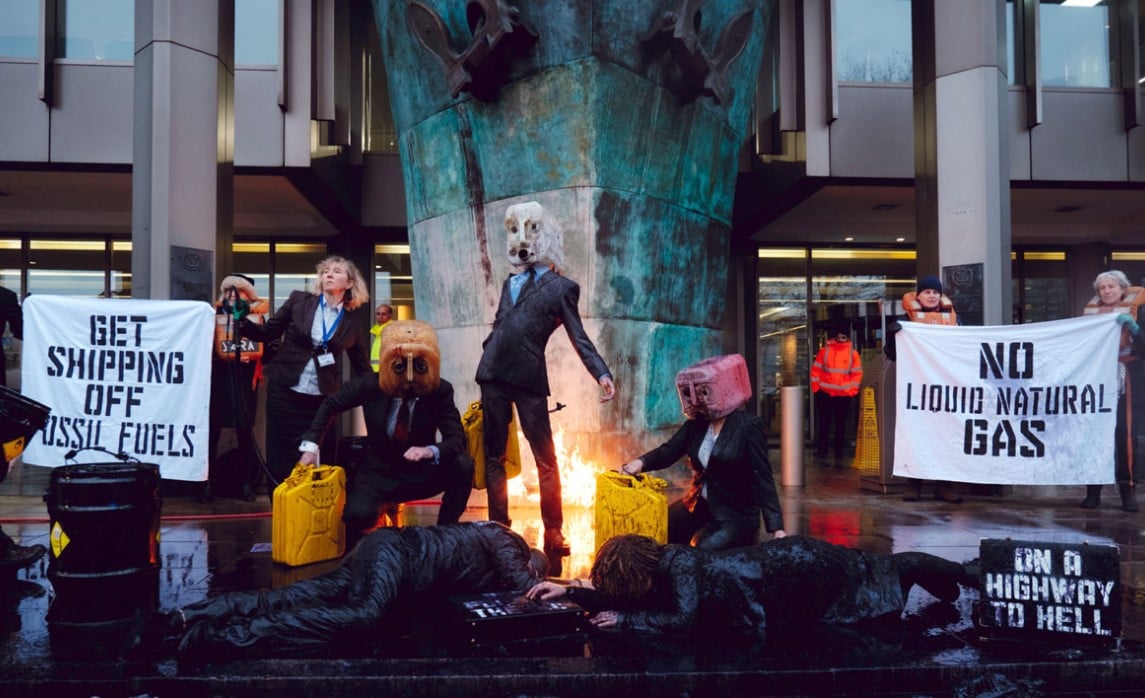 This week at the United Nations International Maritime Organization (IMO), Seas At Risk as part of the Clean Shipping Coalition has been participating in the climate negotiations taking place within the Marine Environment Protection Committee (MEPC79). There we made an important intervention in support of enhanced ambition as the IMO revises its strategy to tackle the climate heating emissions of the shipping industry.

There is much important talk about the need to fully decarbonise shipping before mid century, but the science is clear that rapid deep cuts in climate emissions are required before 2030 if we are to avoid crossing the 1.5-degree C temperature rise limit, a scientifically agreed limit which should also be considered a ‘climate safety’ limit.

A clear and ambitious 2030 target would show how urgent this matter is, and how serious the International Maritime Organization and its Member States are about tackling global heating.

Setting a high 2030 ambition will also have a knock-on effect for every other part of the IMO’s climate work, leading to more ambitious, better designed measures, including a ‘polluter pays’ style levy and Global Fuel Standard to regulate the climate heating impact of fuels.

An ambitious 2030 target will signal that shipping’s “great transition” has finally started. It will change behavior immediately and will create safety and certainty for the industry and investors, unlocking the essential investment in alternative propulsion and fuels that will be needed to align the sector with climate safety on a 1.5-degree pathway. Of course an ambitious 2030 limit on emissions  will challenge the industry, this is what a target should do, but it is not impossible!

And every year of delay adds US$100bn to the cost of ship decarbonisation, which is $100bn wasted when we urgently need capital to fund shipping’s green transition. By going “hard and early” we will also help the shipping industry avoid a potentially disastrous hard landing as it is forced to adjust only at the last minute to the realities of global heating and ecological limits.

We are not the only observers at the IMO that are calling for an ambitious 2030 target. We are calling for ship climate emissions to halve by 2030, but the World Bank and the influential Maersk Mc-Kinney Moller Centre says emissions should fall by 40% by 2030. The Institute of Marine Engineering, Science and Technology says 36% by 2030, and  the United Nations Framework Convention on Climate Change (UNFCCC) has also this week stated that an ambitious 2030 target is essential to delivering the shipping climate action that is needed. While the details and numbers vary, the message is broadly the same. We must cut ship climate emissions deeply before 2030 if we are to avoid the climate chaos that breaching the critical limit of 1.5 degrees would entail

The Secretary General of the United Nations recently pointed out “we are already perilously close to tipping points that could lead to cascading and irreversible climate impacts.” We must do everything we can to avoid this. Now is not the time to be timid or for half measures. What happens in the next few years will determine our future and the IMO’s revised GHG strategy for the shipping industry must speak to that urgent need.

John Maggs, President of the Clean Shipping Coalition and Senior Policy Advisor to Seas At Risk.