The campaign to Save the Whales in the 1970s and 1980s ended the worst horrors of commercial whaling and inspired the beginnings of the global green movement.  At the time, whales were rightly seen as the victims of human action, in need of protection. Today, as we learn more about them, we realise that they might be among our most surprising allies in combating climate breakdown.

Research into whales as climate protectors focuses on their three main functions in the marine ecosystem – gardeners, mixers and storers of the oceans: 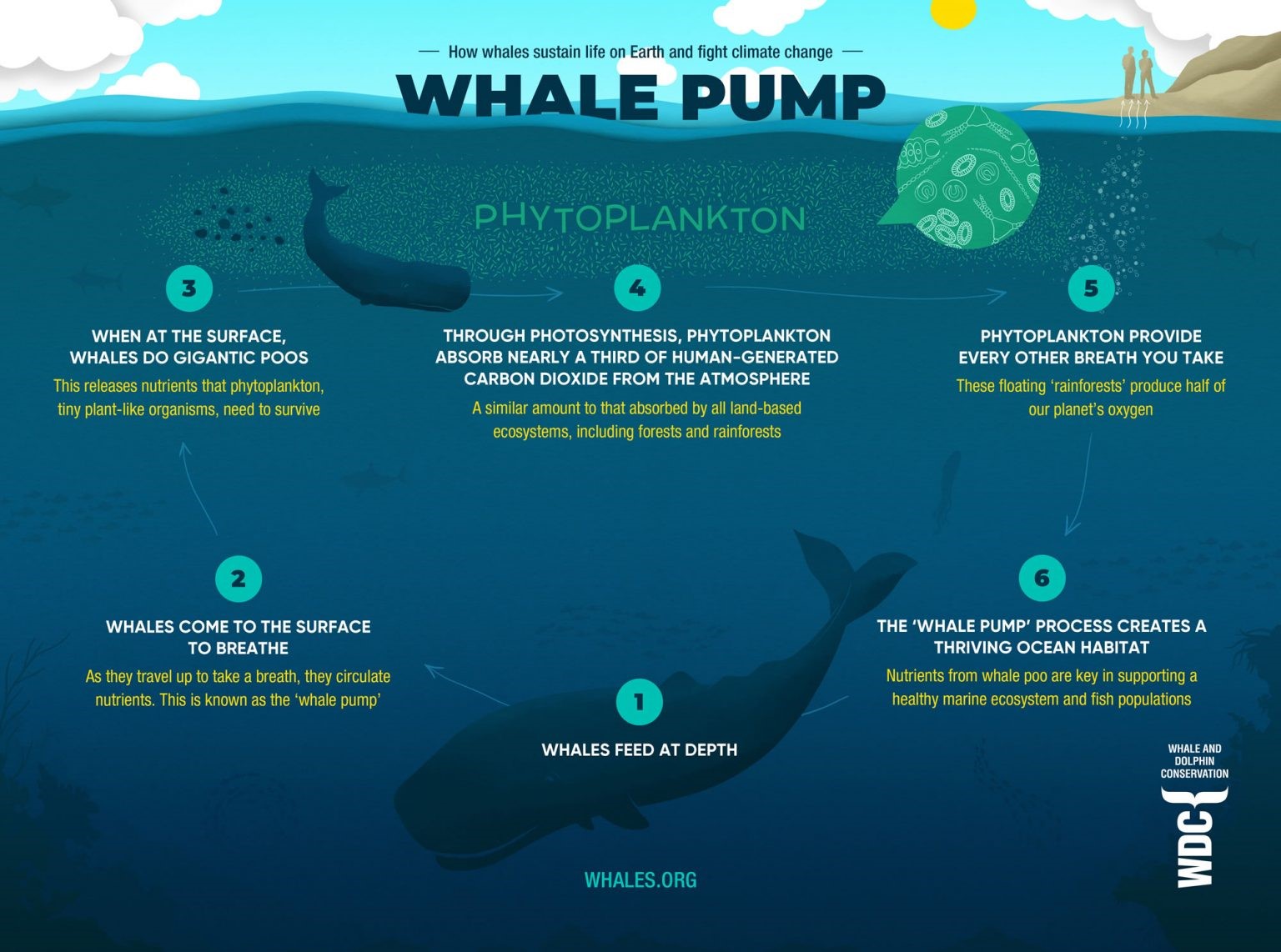 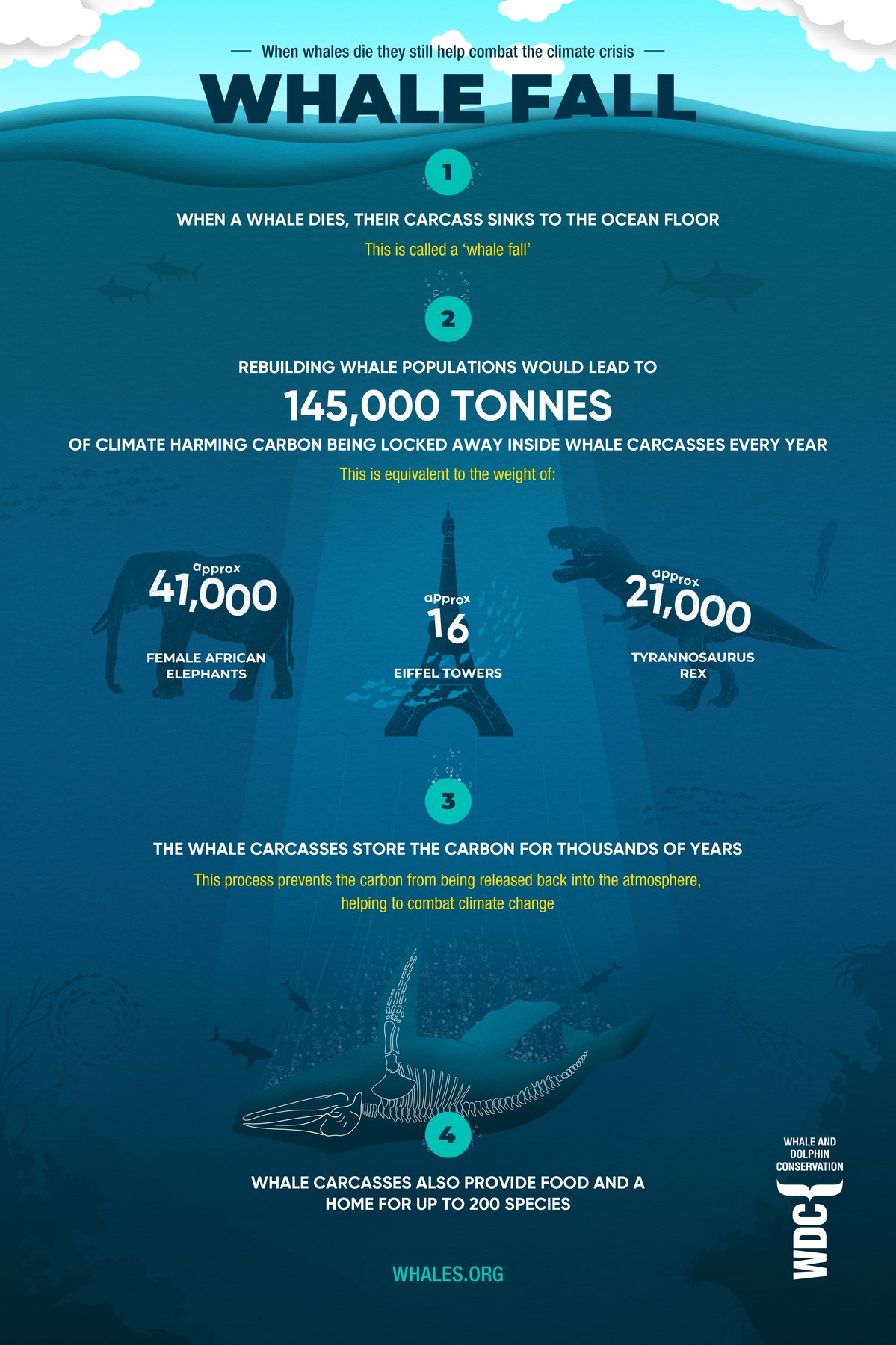 Rebuilding whale populations would lock away 145,000 tonnes of climate harming carbon inside whale carcasses every year. More whales also means more phytoplankton and more carbon taken out of the atmosphere.

If we are to enable whales to play their role as climate change mitigants, we need to stop whaling, end captivity, achieve zero bycatch and make sure that more Marine Protected Areas (MPAs) are established and enforced. These are the goals that Whale and Dolphin Conservation (WDC) has been pursuing since its foundation over 30 years ago and it is continuing to work towards with the Green Whale.

While their role as climate protectors is an additional reason for us to protect whales, their worth should not be measured solely by what they can do for us. Rather, they have their own significant intrinsic value, as intelligent, socially organised sentient beings.

We are just beginning to understand that whales are our allies in the fight against the climate crisis. In the future, countries that effectively protect whales can hope to count this as a climate protection measure, much like the preservation of rainforests.