As the first virtual meeting of the International Maritime Organization’s Marine Environment Protection Committee (IMO, MEPC 75) opens today, the Clean Arctic Alliance implored member states to amend and improve its draft ban on the use and carriage of heavy fuel oil (HFO) in the Arctic [1] or risk implementing a “paper ban” – a weak regulation that will leave the Arctic exposed to a greater risk of oil spills and black carbon pollution from HFO in the future, as shipping in the region increases. 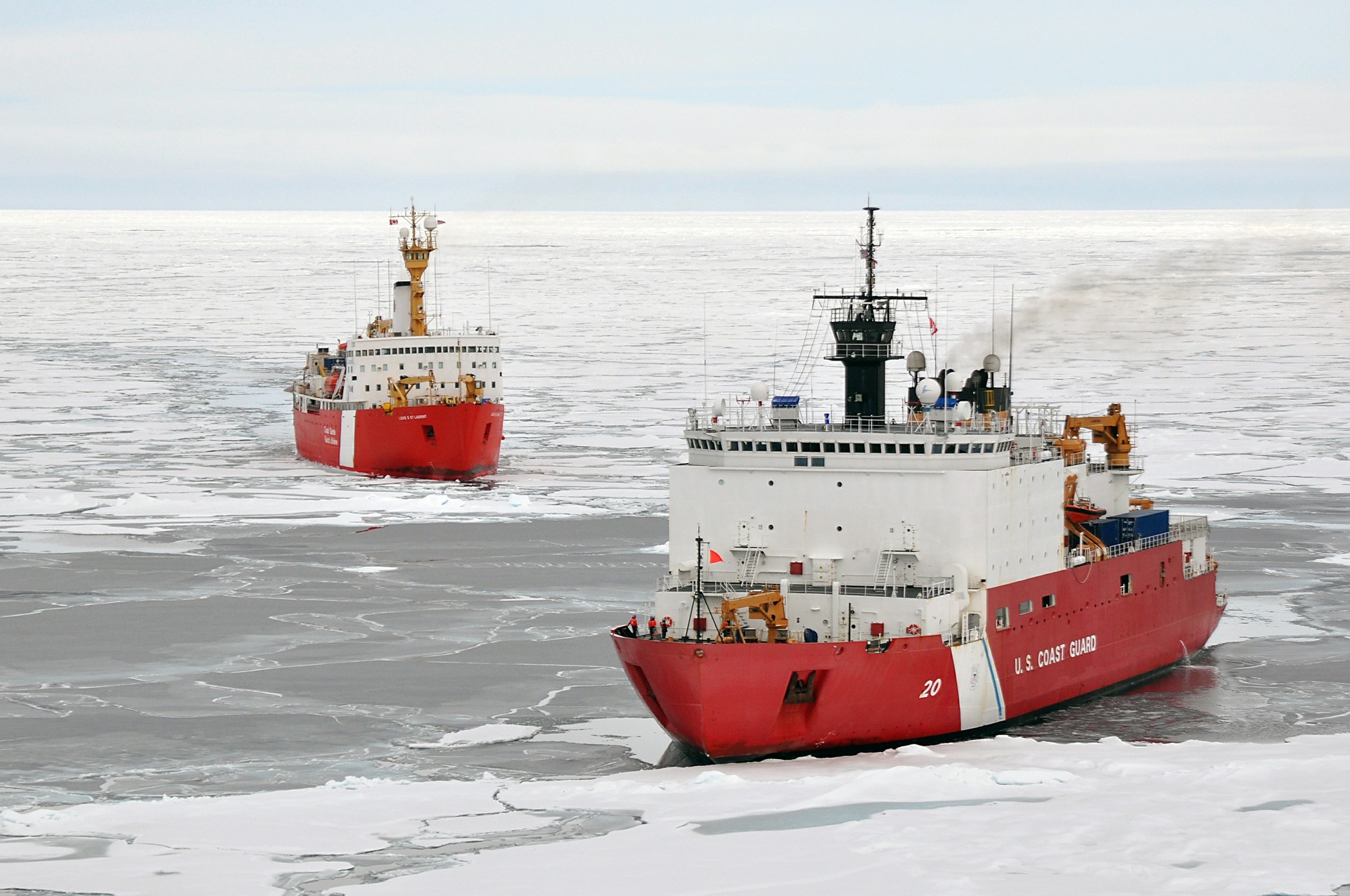 “Instead of rushing headlong into disaster, the IMO and its Member States must make serious amendments to the draft ban on the use and carriage of polluting heavy fuel oil in the Arctic – if they approve the ban as it stands, it won’t be worth the paper it’s written on”, said Dr Sian Prior, Lead Advisor to the Clean Arctic Alliance.

“IMO Member States must realise that unless they remove or amend the exemption and the waiver clauses, and bring forward the implementation dates, the HFO ban as currently drafted will leave the Arctic unprotected in the years to come. In fact, it is likely that the volume of HFO used and carried will increase, resulting in a greater risk to the Arctic from HFO spills and black carbon pollution for the next decade”.

At the IMO’s PPR 7 subcommittee meeting in February 2020, the IMO and its member states developed a draft regulation prohibiting the use and carriage as fuel of HFO by ships in the Arctic. However, the inclusion of loopholes in the draft regulation – in the form of exemptions and waivers – means that a HFO ban will not come into effect until mid-2029, leaving the Arctic exposed to the growing threat of HFO spills for the whole of the 2020s – nearly a decade [2].

As drafted, the five central Arctic coastal states will be able to issue waivers to their own flagged ships and by-pass the ban. The regulation is not flag-neutral, and it will create a two-tier system of environmental protection and enforcement in the Arctic, along with lower standards and negative environmental consequences in the Arctic’s territorial seas and exclusive economic zones. This version of the ban could also potentially lead to transboundary pollution.

According to recent analysis by the International Council on Clean Transportation, as currently drafted, the regulation will only reduce the use of HFO by 16% and the carriage of HFO as fuel by 30% when it takes effect in July 2024, and will allow 74% of Arctic shipping to continue with business as usual [3]. Between July 2024 and July 2029, when the ban becomes fully effective, the amount of HFO used and carried in the Arctic is likely to increase as shipping in the Arctic increases, and as newer ships replace older vessels and are able to take advantage of the exemption or change flag and seek a waiver from the ban.

Earlier this month, on November 6th, Norway announced a proposal to ban HFO from all the waters around the Arctic island archipelago of Svalbard. HFO has already been banned from Svalbard’s national park waters since 2015, and has been banned throughout Antarctic waters since 2011 [4].

It is not just the risk of HFO spills that concerns the Clean Arctic Alliance,; heavy fuel oil is a greater source of harmful emissions of air pollutants, such as sulphur oxide, and particulate matter, including black carbon, than so-called “alternative fuels” such as distillate fuel and liquefied natural gas (LNG). When emitted and deposited on Arctic snow or ice, the climate heating effect of black carbon is up to five times more than when emitted at lower latitudes, such as in the tropics.

Recently published work by the International Maritime Organization (IMO), the UN body responsible for regulating international shipping, shows that globally shipping black carbon emissions have grown by 12 per cent between 2012 and 2018 [5], while work from the International Council on Clean Transportation found that in the Arctic black carbon emissions from the Arctic shipping fleet grew by 85 per cent in only four years between 2015 and 2019 [6].

Despite the dramatic changes occuring in the Arctic due to global heating and the risk to the Arctic from emissions of black carbon from shipping, this will not be addressed at MEPC 75. The IMO has spent nine years already discussing black carbon but has so far failed to agree any concrete measures to reduce emissions. The Clean Arctic Alliance wants to see the IMO develop and adopt a resolution which would set out recommended interim measures to reduce black carbon emissions, ahead of completion of the work to identify and implement one or more black carbon abatement measures.

“The Arctic is changing before our eyes and those changes will have repercussions for all of us” continued Prior. The contribution of black carbon to global heating especially when emitted close to snow and ice is significant and it is imperative that all sources are rapidly eliminated.”

The Clean Arctic Alliance is calling on the IMO and its Members to step-up and take action which will urgently reduce and eliminate black carbon emissions from ships operating within or near to the Arctic. By switching from HFO or very low sulphur fuels (VLSFOs) to alternative cleaner fuels emissions of black carbon can be reduced by 30 – 45%. Then the installation of an efficient particulate filter will increase the reduction of black carbon emissions by over 90%.

MEPC 75 is also scheduled to make a big decision on greenhouse gas emissions. In October, the IMO’s working group on reducing GHG emissions developed an extremely weak proposal known as “J/5.rev1“ that at best would shave 1.3% from the business-as-usual growth pathway of 15% by 2030. In short, unless delegates reject this weak deal, IMO will endorse a climate plan that sees emissions from ships keep growing for several decades – backtracking on its own commitments made in 2018 to strive for a short-term peak in emissions followed by reductions.

If the global shipping industry were a country, it would lie 6th in the carbon emitter’s rankings, above Germany – with 1 billion tonnes of emissions a year, around 3% of the global total.

These emissions have a direct impact on the Arctic, which is warming twice as fast as anywhere else on Earth due to global heating. It is well known that what happens in the Arctic doesn’t stay in the Arctic – loss of sea ice is likely to drive instability in the polar regions and upset weather patterns while the melting of Greenland’s ice caps is set to raise sea levels in port cities around the world.

What to expect from MEPC 75:

The draft Arctic HFO ban regulation will be discussed during the IMO’s Marine Environment Protection Committee from 16-20 November 2020 (MEPC75), which will be the first MEPC meeting held virtually. During the meeting:

NGOs will highlight recently published work indicates that loopholes in the draft regulation mean that only 30% of HFO carriage and 16% of HFO use would be banned when the regulation comes into effect as proposed in 2024, and incredibly, that it is likely that the amount of HFO carried and used in the Arctic will increase following the ban taking effect.

Why the IMO’s draft Arctic HFO regulation will not protect the Arctic, and how to fix it

Further Reading: 12 November 2020: Why the IMO’s draft Arctic HFO regulation will not protect the Arctic, and how to fix it https://splash247.com/why-the-imos-draft-arctic-hfo-regulation-will-not-protect-the-arctic-and-how-to-fix-it/

3 September 2020: Clean Arctic Alliance Slams Proposed Arctic Shipping Regulation as Full of Dangerous Loopholes – “Now it’s clear the IMO’s proposed ban on HFO use in the Arctic is a ban in name only”.

[2] Report To The Marine Environment Protection Committee PPR 7/22/Add.1, 24 April 2020. Annexes 1 to 22 to the report of the Sub-Committee on Pollution Prevention and Response on its seventh session (PPR 7/22).

Annex 12, Page1: Draft Amendments To MARPOL Annex I(Prohibition on the use and carriage for use as fuel of heavy fuel oil by ships in Arctic waters)

The White Paper goes on to show that the exemptions and waivers proposed for inclusion in the Arctic HFO ban regulation would mean that in 2024 when the regulation is anticipated to come into force, there would only be a 16% decrease in the amount of HFO being used in the Arctic and a 30% drop in the volume of HFO being carried by ships in the Arctic (based on 2019 shipping data). black carbon emissions would only decrease by 5%.

6 November 2020, The Barents Observer: Ban on heavy fuel oil coming to all of Svalbard

Heavy fuel oil poses a severe risk to Arctic environment and a ban in all waters around Svalbard is the logic way to eliminate the risk, the Norwegian Government says.

Heavy fuel oil ban in the protected areas, Svalbard since 2015

Why Ban Heavy Fuel Oil from the Arctic

Heavy fuel oil is a dirty and polluting fossil fuel that powers ships throughout our seas and oceans – accounting for 80% of marine fuel used worldwide. Around 80% of marine fuel currently carried in the Arctic is HFO; over half by vessels flagged to non-Arctic states – countries that have little if any connection to the Arctic.

As Arctic heating drives sea ice melt and opens up Arctic waters further, even larger non-Arctic state-flagged vessels running on HFO are likely to divert to Arctic waters in search of shorter journey times. This, combined with an increase in Arctic state-flagged vessels targeting previously non-accessible resources, will greatly increase the risks of HFO spills in areas that are difficult to reach, and that lack any significant oil spill containment equipment.

Already banned in Antarctic waters, if HFO is spilled in cold polar waters, it breaks down slowly, proving almost impossible to clean up. A HFO spill would have long-term devastating effects on Arctic Indigenous communities, livelihoods and the marine ecosystems they depend upon. It isn’t only the impact of a heavy fuel spill that is a concern, HFO is also a greater source of harmful emissions of air pollutants, such as sulphur oxide, and particulate matter, including black carbon, than alternative fuels such as distillate fuel and liquefied natural gas (LNG). When emitted and deposited on Arctic snow or ice, the climate warming effect of black carbon is up to five times more than when emitted at lower latitudes, such as in the tropics.

The Clean Arctic Alliance believes that the global shipping fleet needs to move forward towards new, zero carbon solutions for propulsion. This will alleviate the threats from spills, as well as beneficial effects for our global climate and the air quality in the areas around shipping ports.