IMO must act to stop new “Super Pollutant” shipping fuels in Arctic and globally. Urgent questions to be answered by oil and marine fuel industry

Responding to the discovery that some of the new blended low sulphur shipping fuels developed and marketed by oil companies to comply with IMO 2020 air pollution standards will actually lead to a surge in the emissions of a Super Pollutant known as Black Carbon, the Clean Arctic Alliance is calling for the International Maritime Organization (IMO) to support an immediate switch to distillate fuels for ships in the Arctic and develop a global rule prohibiting fuels with high Black Carbon emissions. 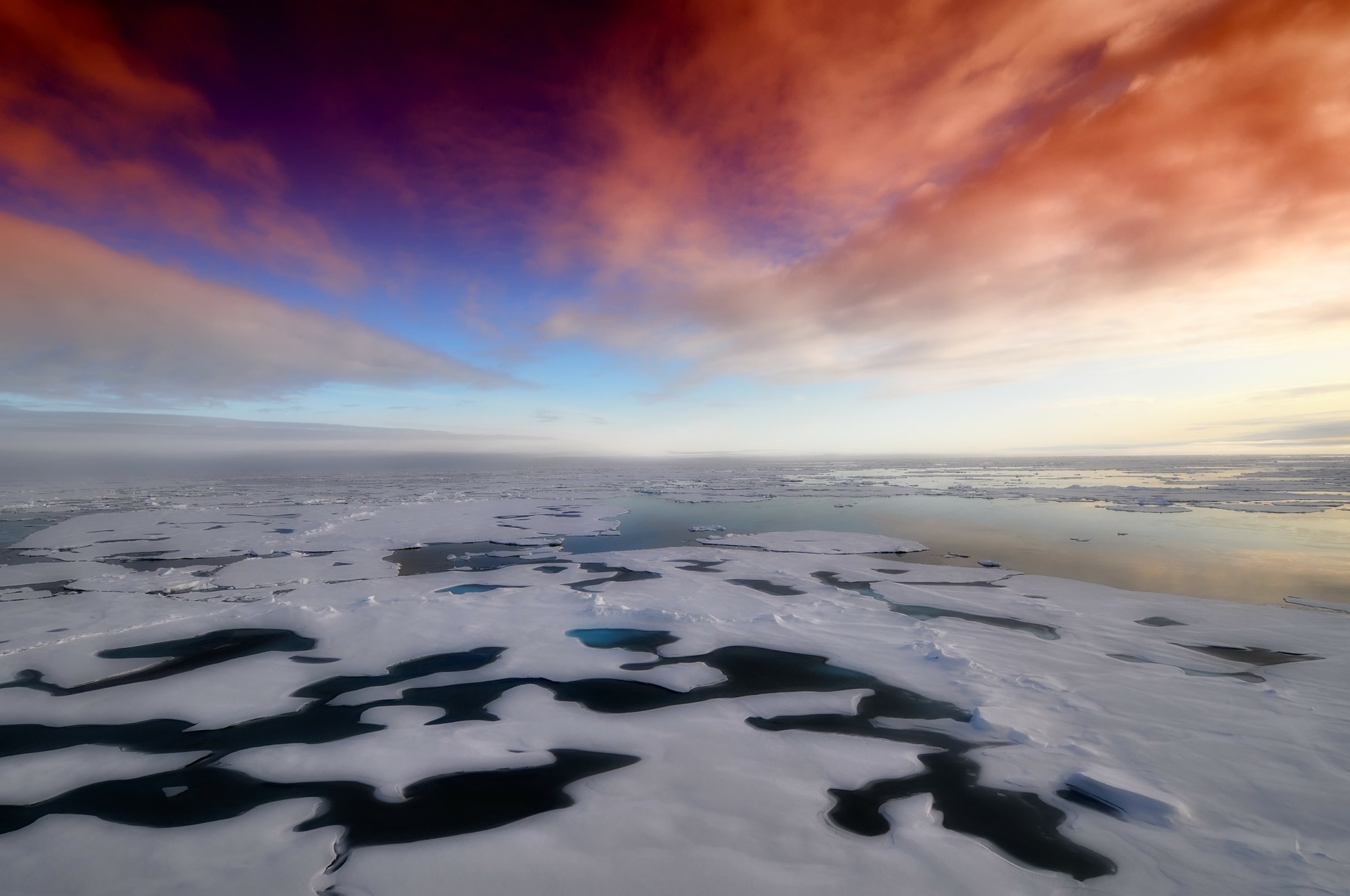 “If immediate action isn’t taken by the International Maritime Organization, the shipping industry’s use of very low sulphur fuel oil (VLSFO) – introduced to comply with the 2020 sulphur cap – will lead to a massive increase in Black Carbon emissions, and this will both accelerate the melting of Arctic sea ice and have a major impact on Earth’s climate,” said Dr Sian Prior, Lead Advisor to the Clean Arctic Alliance, a coalition of non-governmental organisations working for a ban on heavy fuel oil from Arctic shipping.

VLSFOs have been introduced in response to the 2020 “sulphur cap”, the IMO’s regulation that enforces a global fuel sulphur limit for shipping at 0.50% from 1 January 2020, in order to protect human health and the environment [1]. A paper submitted by Germany and Finland to the IMO’s PPR7 meeting in February found that these new blends contain high levels of aromatic compounds which, when combusted, lead to an increase in emissions of Black Carbon when compared with heavier fuels and distillate fuels [2]. Black carbon is a short-lived climate forcer, second only to CO2 in terms of international shipping’s contribution to global climate. Black Carbon represents 7% to 21% of shipping’s overall GHG equivalent impact on the climate [3].

“There are serious questions to be answered about how these blended super pollutant ‘Frankenstein’ fuels ever came to market. It beggars belief that amidst a global climate crisis, the marine fuel industry could develop these VLSFOs without knowing their effect on Black Carbon emissions and the climate, particularly in the Arctic – especially as the IMO has spent almost a decade considering how to reduce Black Carbon emissions from shipping,” said John Maggs, Senior Policy Advisor at Seas at Risk.

The Clean Arctic Alliance has written a letter containing the following questions to representatives of the marine fuel industry who prepared the definitive guidance on the supply and use of 0.5% sulphur marine fuel only months ago, to ask [4]:

The letter was sent to IACS, IBIA, IPIECA, IMarEST, IUMI, OCIMF, and the Royal Institute of Naval Architects – all of whom have consultative status to the IMO. The letter was also sent to ARA, Concawe, CIMAC and JPEC. All of the organisations are named as co-authors of of the Joint Industry Guidance on “The supply and use of 0.50%-sulphur marine fuel” published in August 2019 [5].

“At next month’s PPR 7 meeting in London, the IMO must support an immediate switch to distillate fuels for ships in the Arctic and agree to develop a global rule prohibiting fuels with high Black Carbon emissions; in addition, IMO Members must adopt a resolution calling on shipowners, charterers, and fuel providers and other stakeholders to implement these measures on a voluntary basis while new regulations are developed and enter into force,” concluded Prior.

How the Super Polluter Fuels Were Discovered

Germany and Finland have submitted a paper to February’s Sub-Committee on Pollution Prevention and Response (PPR7) at the International Maritime Organization detailing the results of a measurement campaign which analysed the impact of different fuel oil qualities on Black Carbon emissions, including new low sulphur heavy fuel oil (LSHFO) which comply with the 2020 sulphur cap [2]. The paper states that the findings “clearly indicate that new blends of marine fuels with 0.50% sulphur content can contain a large percentage of aromatic compounds which have a direct impact on Black Carbon emissions”, and “demonstrated that the combustion of fuels with higher aromatic content emits higher concentrations of Black Carbon”.

The Joint Policy Guidance on the supply and use of 0.5% marine fuel published by the marine fuel industry in August 2019, makes no mention of low sulphur fuel blends containing high levels of aromatic compounds nor of an increase of Black Carbon emissions of potentially up to 2.45 times that of distillate fuel [5].

When burnt these new fuel blends resulted in a 10 to 85% increase in Black Carbon emissions compared to heavy fuel oil and between 67% to 145% (a 2.45 times increase) when compared to DMA – the highest quality distillate fuel (along with DMZ) that is normally supplied for marine use. This work has profound implications for IMO’s efforts to reduce the impact of Black Carbon emissions on the Arctic, and for the shipping and oil refinery sectors’ response to climate change.

Did the fuel suppliers know that this would happen?

There were warning signs. The 2017 update of the IMO 2012 study Investigation of Appropriate Control Measures (Abatement Technologies) to Reduce Black Carbon Emissions from International Shipping (PPR 5/INF7) stated that “fuel factors such as heavy metal, oxygen, asphaltene and poly-aromatic hydrocarbon and ash content contribute to combustion characteristics” and thus Black Carbon emissions. Moreover, high aromatic content of fuels was recognized as likely having an influence on Black Carbon emissions, and was one of the contributors to the variability in Black Carbon reductions, i.e. 33% and 45%, when switching from residual to distillate fuels [6].

What’s the history of Black Carbon as a policy issue for shipping?

In 2011, the United Nations Economic Cooperation for Europe (UNECE) urged the IMO to act on Black Carbon, while in 2013/14 the Climate and Clean Air Coalition (CCAC) renewed a call for action on ship Black Carbon [7,8]. In 2017, the Arctic Council established a target of a 25 – 33 percent reduction in Black Carbon emissions below 2013 levels by 2025 for all sources [9].

Initial results of a Black Carbon measurement campaign with emphasis on the impact of the fuel oil quality on Black Carbon emissions. Submitted by Germany and Finland, 15 November 2019

IMO Submission: Consideration Of The Impact On The Arctic Of Emissions Of Black Carbon From International Shipping: Greenhouse gas emissions from global shipping 2013-2015

[4] Letter from the Clean Arctic Alliance to co-authors of the Joint Industry Guidance on “The supply and use of 0.50%-sulphur marine fuel”

Page 2: Activities in relation to the International Maritime Organization

Black carbon (BC), a harmful air pollutant, is the product of incomplete combustion of organic fuels, and contributes from 7-21% of shipping’s climate warming impact. The largest sources of BC are fossil fuel, biomass and biofuel combustion. Ships emit more BC per unit of fuel consumed than other combustion sources due to the quality of the fuel used. BC has human health impacts and is a potent climate forcer. When emitted in the Arctic, Black Carbon particles fall on snow, on glacier ice and sea ice, reducing their reflectivity (albedo) and increasing the absorption of heat. As multi-season sea ice recedes due to climate change, Arctic waters will open up to increased shipping – which could lead to increased Black Carbon emissions, fueling an already accelerating feedback loop.

Recognising the threat to the Arctic from Black Carbon the Arctic Council’s Framework for Action on Enhanced Black Carbon and Methane Emissions Reductions (agreed in Iqaluit in 2015), commits the Arctic countries to demonstrate leadership by reducing Black Carbon (and methane) emissions produced beyond the borders of Arctic States. The Framework for Action includes a commitment to actively work with and within relevant forums and agreements, which includes the IMO’s Marine Environment Protection Committee, to promote actions and decisions that lead to enhanced Black Carbon and methane emissions reductions.

Heavy fuel oil is a greater source of harmful emissions of air pollutants, such as sulphur oxide, and particulate matter, including Black Carbon, than alternative fuels such as distillate fuel and liquefied natural gas (LNG). When emitted and deposited on Arctic snow or ice, the climate warming effect of Black Carbon is up to five times more than when emitted at lower latitudes, such as in the tropics.

Infographic: How Can We Reduce Black Carbon Emissions From International Shipping?

“Residual fuels such as HFO accounted for an estimated 83% of BC from ships, while ships powered with 2-stroke slow speed diesel main engines were responsible for two-thirds of global BC emissions. Further, just six flag states—Panama, China, Liberia, Marshall Islands, Singapore, and Malta—accounted for more than half of BC emissions.”

Report: Black Carbon Emissions and fuel use in global Shipping

Report: The impacts of an Arctic shipping HFO ban on emissions of Black Carbon