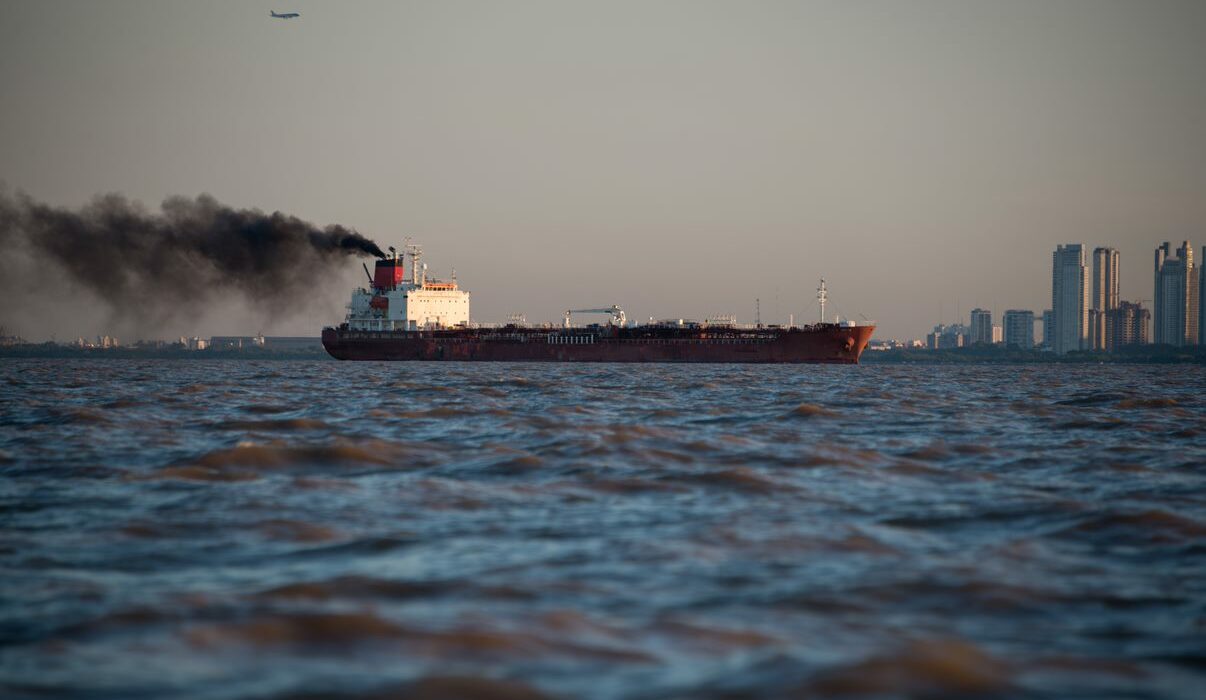 9 December, 2022 – This week’s round of technical talks at the UN’s maritime regulator showed countries are prepared to phase out shipping emissions by 2050. More crucially, support appears to be building for the International Maritime Organization (IMO) to also adopt an ambitious 2030 interim target for cutting emissions from ships.

This is a hopeful development ahead of the 79th Marine Environment Protection Committee (MEPC 79) meeting at the IMO on 12-16 December, where delegates are set to continue the negotiations.

Acting on shipping’s 1 billion tonnes of annual emissions in the next few years is vital for keeping the 1.5°C limit alive. Seas at Risk and other civil society groups have demanded that the IMO commit to halving emissions from ships by 2030 and to reach zero by 2040. Immediate action on dangerous, short-term pollutants released from vessels, such as black carbon and methane, can directly eliminate more than 21% of shipping’s emissions already today.

On the question of strengthening the 2050 Level of Ambition, a majority of interventions by member states and industry bodies (34) were in favour of setting a zero greenhouse gas emissions goal by this date, in addition to four interventions in favour of a Net Zero target by this date. Only a small group of 10 member states opposed strengthening the current 2050 target.

The IMO’s 175 member states must use the growing momentum and rally behind science-based targets at MEPC 79.

John Maggs, Clean Shipping Coalition, said: “The science is clear; shipping’s climate impacts have to halve by 2030 to ensure warming stays below the Paris Agreement’s 1.5°C limit. But a strong absolute emission reduction target for 2030 is essential to send an unambiguous signal to industry and investors that the race to decarbonise shipping has well and truly started. Without that signal most will continue to sit on their hands while emissions and temperatures rise and the climate crisis deepens.”

Lucy Gilliam, Seas at Risk, said: “Every fraction of a degree of heating matters in terms of preventing the triggering of cascading climate impacts. It’s essential to have ambitious targets for climate action every step of the way if we are to avert the climate breakdown that is currently forecast. This week we made some important steps with proposals for 2030 targets and regular check points. Next week let’s prepare for some giant leaps! We need a strong 2030 signal from the IMO to guide our voyage to zero.”

Sian Prior, Clean Arctic Alliance, said: “The IMO and its Members must not delay on delivering the deep cuts to black carbon emissions from ships which are immediately possible, and crucially they must integrate black carbon into all IMO climate measures, including the carbon intensity indicator, so regulations target not just CO2 but CO2 equivalents (CO2e) including black carbon. It is essential that next week, MEPC 79 supports the development of black carbon regulation.”

The IMO is currently in the process of revising its existing climate strategy, which aims to only halve emissions from ships by 2050. Delegates met in London for a round of technical talks (ISWG-GHG-13) on 5-9 December, with the conclusions of this session being submitted for further deliberations at MEPC 79 on 12-16 December. The strategy revision is set to be concluded at MEPC 80 in mid-2023.