In a letter to environment ministers, Seas At Risk (together with its members BUND, OceanCare and IFAW) and Coalition Clean Baltic decry the weak measures taken by Member States to reduce underwater noise and call for a Europe-wide strategy to avoid and mitigate underwater noise.

Underwater sound can propagate over long distances, depending on the noise level of the source, frequency of the sound, physical properties of the water body, and shape of the seabed. How sound affects animals depends on its intensity and duration, the distance of the animal from the sound source, and the noise sensitivity of the animal species (among others).

Many marine animals are very sensitive to underwater sound. The darkness underwater means that many of them rely on their sense of hearing for orientation, finding food and mates, or defending themselves against predators. Whales, for example, send sounds (clicks) into the water and use the echoes or reflected sounds to determine whether something is food, an enemy, their calf or an obstacle. They see with their ears, so to speak, and every underwater noise impairs their ‘vision’.

Underwater noise is now recognised as one of the major pressures on our seas. Unfortunately, there are very few measures to reduce underwater noise, despite such reduction being included as one of the objectives of the Marine Directive. Member States have implemented the Marine Directive over the past 12 years, focusing primarily on establishing monitoring systems to measure noise levels from the various sources of continuous and pulsed noise. Such systems are essential for planning and evaluation purposes but are not noise reduction measures, as the European Commission recently confirmed.

Seas At Risk, together with other environmental organisations and underwater noise experts, published the report ‘Underwater Noise – The neglected threat to marine life’, describing the gaps in underwater noise management in the Member States and recommending steps to quickly close those gaps. NGOs sent a letter to the EU ministers responsible, urging them to take bold and progressive action aiming at a quantifiable reduction in underwater noise, in line with the report’s recommendations. Proposed measures include securing financing for long-term monitoring of underwater noise, reduction of noise at source, and the establishment of a Europe-wide strategy to avoid and mitigate underwater noise where possible.

A far more ambitious implementation of the Marine Directive would set a benchmark in marine conservation policy and lead the way for other states and regions around the world. The proposed measures would also make a significant contribution to the EU Biodiversity Strategy and represent a win for the climate. 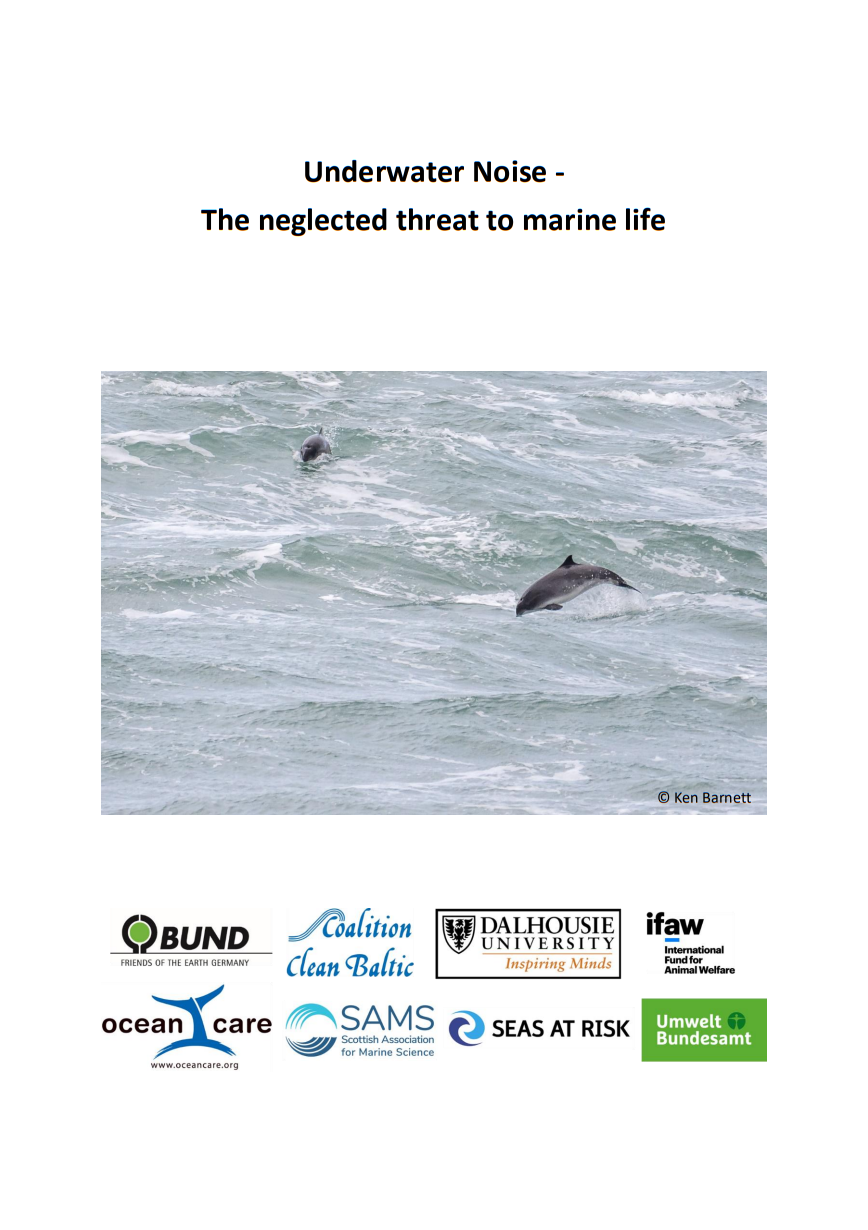 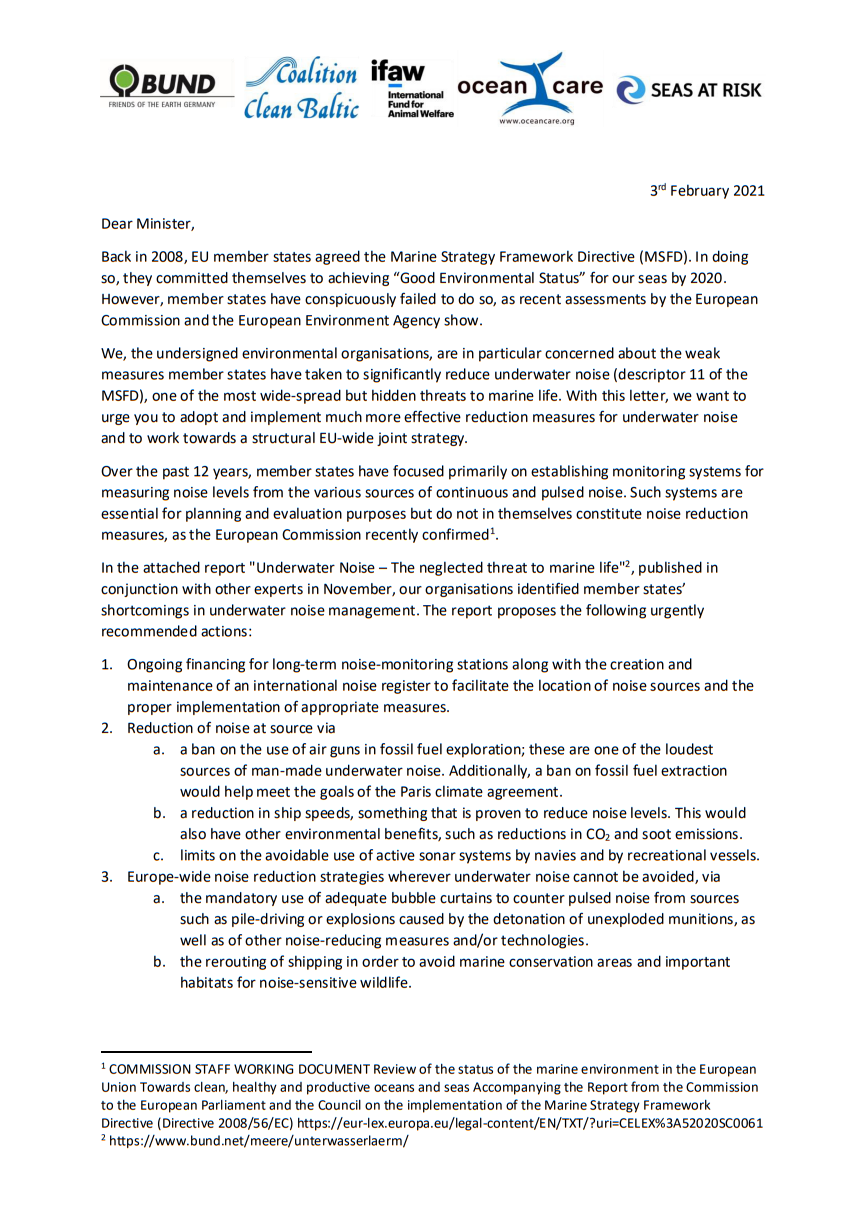