Latest / General News / Blue Manifesto one year later: some progress – but not enough to achieve a healthy ocean by 2030

Blue Manifesto one year later: some progress – but not enough to achieve a healthy ocean by 2030

The Blue Manifesto was published in 2020 by six leading ocean defence organisations. Supported by more than 100 NGOs, it sets out a clear roadmap of milestones for Europe to achieve a healthy ocean by 2030. In order to ensure sufficient progress, the Blue Manifesto identified 11 milestones for the European Union to meet by the end of 2020. The first annual assessment of EU performance in 2020 shows that some progress has been made: of the 11 milestones, two were met, three are labelled “red” (signifying failure), and the remainder are either partially met or it is too soon to assess their progress. The European Union must scale-up its efforts to ensure a healthy and thriving ocean by 2030.

While the ambitious language in several European Commission policy documents last year was welcome, the final result will only be evident in years to come, when those policies are implemented. However, as previously agreed policies and ambitions with deadlines of 2020 or earlier are yet to be implemented, there are concerns about commitment to the 2030 milestones.

The Chemicals Strategy and Zero Pollution Action Plan milestone was achieved, with because it has a sufficiently ambitious framework, although the references to existing, inefficient legislation (such as the Marine Directive) do not commit to upscaling ambition. The second milestone achieved was the role of the EU in protecting and restoring marine ecosystems under the Convention on Biological Diversity, which saw ambitious wording in EU statements.

By contrast, the Multiannual Financial Framework (MFF), European Maritime Fisheries and Aquaculture Fund (EMFAF), and policies on shipping emissions and deep seabed mining were particularly disappointing. Science is clear on what is necessary to restore and protect marine ecosystems and these policies fall far short of those needs.

The assessment was based on an analysis of policy documents and expert interviews. It found that the MFF did not earmark any funds for nature protection, compared to the EUR 21 billion deemed necessary in the Blue Manifesto. Similarly, the EMFAF set aside no funds for environmental restoration or control. Still worse, it reintroduced harmful subsidies that will simply increase the pressure on marine wildlife.

The urgently needed ban on heavy fuel oil will not enter into force before 2024 and, even then, contains numerous loopholes and exceptions that will undercut its power to reduce pollution risks and black carbon emissions. The introduction of ship speed limitations – an easily applicable measure to reduce greenhouse gas emissions and underwater noise – did not progress in the International Maritime Organization, partly due to insufficient support from the EU.

A deep seabed mining moratorium is crucial to avoid further degradation of marine ecosystems. Unfortunately, however, no concrete action is to be implemented by the European Union, despite references to the “precautionary principle” in the Biodiversity Strategy and other documents. Worryingly, the EU will instead continue to finance research on the development of mining technologies.

The other six 2020 milestones relate to processes as diverse as elimination of destructive fishing, sustainable seafood, plastic pollution, offshore wind, and global ocean governance. While they show partially positive developments, progress is too weak and too slow (and, in some cases, reversing) to be considered achieved.

It is still possible to restore European marine ecosystems and achieve a healthy ocean by 2030, following the measures outlined in the Blue Manifesto. It is heartening that the overall political climate – with an ambitious European Green Deal and increasing public awareness of our extractive lifestyles – provides a fertile context to scale-up ambitions. Doing so requires systematic reduction of the diverse pressures on ocean life, whether from industrial fishing, pollution, or shipping. It also requires us to rethink our relationship with the ocean, as the planet’s biochemical engine and source of all life. Systemic change, such as a shift to local, low-impact fisheries and supply chains, an end to plastic and extractive mining, alternative seafood that does not interfere with wild ecosystems, and drastically reduced shipping traffic, is the most assured road to a healthy ocean economy.

We are still in the beginning of the decade, and COVID-19 made the first year even harder, but the 2020 assessment shows that the EU will need to scale up efforts if we are to reach a healthy ocean by 2030. 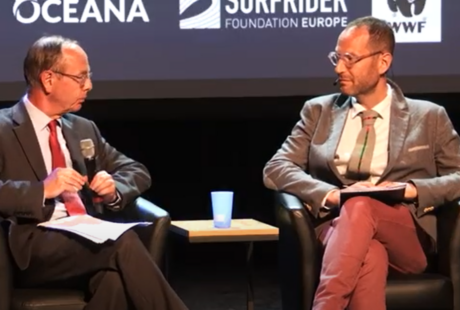 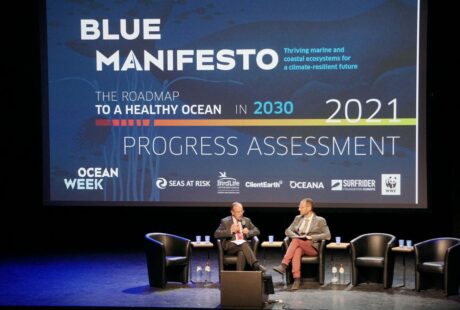 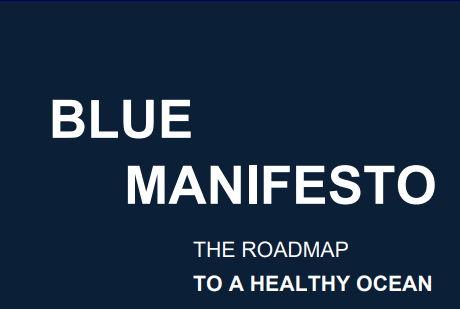