Mid-October marked an important milestone in the EU’s efforts to tackle marine litter in its waters, with European Parliament committees voting on two crucial legislative tools in the Commission’s fight against marine litter. Both votes showed strong support for the proposed Directives, which must now be secured in the subsequent legislative process.

On 9 October, the Transport and Tourism (TRAN) Committee voted on the Directive on “Port reception facilities for the delivery of waste from ships” (PRFD), followed on 10 October by a vote by the Environment, Public Health, and Food Security (ENVI) Committee on the Directive on the “Reduction of the impact of certain plastic products on the environment” (Single-Use Plastic Directive) .

The ENVI Committee vote on the widely discussed Single-Use Plastic Directive was more ambitious than the Commission’s initial proposal, with MEPs adding extra-thin plastic bags, polystyrene and oxo-plastics products to the list of banned products. They also found an effective compromise on Extended Producer Responsibility, whereby fees would depend on recyclability of products, as well as including clean-up costs and awareness-raising measures.

Less positive were the ENVI Committee’s exclusion of minimum consumption reduction requirements and its permitting of certain exemptions for specific single-use plastic categories such as packaging or plastic plates. The definition of ‘single-use plastics’ included in the text also raises concerns, as its limited nature may create loopholes for producers in adhering to the law. The delay in implementing the bans for packaging products will be opposed by NGOs in the plenary session.

Seas At Risk welcomes the recent TRAN Committee vote on a revision of the PRFD to include a range of issues such as illegal dumping of plastic at sea, accidental loss of fishing gear, extended producer responsibility for fishing gear, fishing-for-litter initiatives, circular design of fishing gear, etc. However, MEPs did not give sufficient support to the 100% indirect fee, which is a crucial measure to reduce waste from shipping. Allowing ships to deliver all refuse to port for a fixed fee regardless of quantity would remove the incentive to illegally dump litter at sea in order to reduce costs.

For our concerns on the definition of single-use plastic, please refer to the Rethink Plastic Alliance Press Release.

Read our press release for more information on our view of the outcome of the vote on the PRFD. 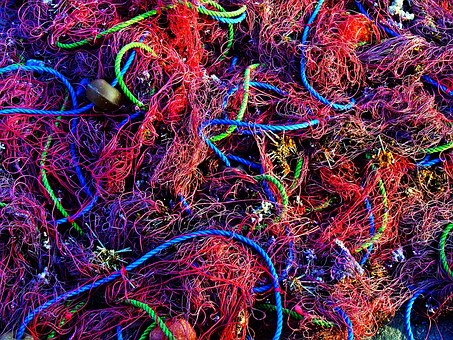