The past month Seas At Risk has been presenting the results of our new study ‘Single-use plastics and the marine environment’ at high level events.

On the 6th of November Seas At Risk met with the Vice President of the Commission, Mr Timmermans, together with the Rethink Plastic Alliance of seven leading NGOs working on plastic issues. The meeting came at a crucial time as the European Commission is in the final stages of developing a strategy on plastics in the circular economy. The Rethink Plastic Alliance presented concrete policy proposals to Vice President Timmermans to reduce the impact of plastic on the environment. In particular, the Alliance stressed the urgent need to reduce the use of plastic in low value, single use applications, and the need for legislation to help plastics fit into Europe’s vision of a Circular Economy. Vice President Timmermans was also presented with a copy of Seas At Risk’s new study and a reusable coffee cup to help him reduce his own plastic use. During the meeting, Vice President Timmermans expressed his political will to have an ambitious plastic strategy. Seas At Risk will analyse and evaluate the plastic strategy proposal presented by the European Commission as soon as it will be made public in early January.

On the 8th of November, Seas At Risk presented the results of the study to the event ‘Marine plastics need European action’ in the European Parliament organised by the International Union for Conservation of Nature (IUCN). High level speakers included Dr Monica Verbeek, the Executive Director of Seas At Risk, Pierre-Yves Cousteau who is the son of the celebrated Jacques Cousteau and an ocean advocate himself, Luc Bas the Director of IUCN European Regional Office, Ulf Björnholm the Head of UN Environment Programme Brussels office, Member of the European Parliament Riccardo Serrão Santos, Karl Foerster of Plastics Europe and Fausto Brito e Abreu the General Director of Maritime Policy for Portugal.

Dr Verbeek presented estimations of the European annual consumption of several types of single use plastic items, which are also frequently becoming marine plastic pollution. She proposed various solutions to reduce these items, and pointed out that with the Directive on single use plastic bags, we already have a highly successful legislative model that can be copied immediately at EU level as a quick fix to reduce other single use plastics.

The Directive on single use plastic bags obliges Member States to reduce their plastic bag consumption to 40 bags per person by end 2025. Measures adopted vary and range from banning plastic bags, to applying small charges on the bags at the points of sale. These small charges rapidly change consumers’ behaviour and they start to bring their own bags as much as possible. Ireland saw a drop in plastic bag use of 90% 6 months after implementing a small charge. Bag charges are also remarkably popular. The popularity of the charges increased in the UK by 10% six months after the charges were implemented.

Seas At Risk supports extending the successful and popular plastic bag Directive for other kinds of items. Small charges could be highly effective in reducing the usage of disposable coffee cups, cutlery, straws and takeaway packaging, without completely removing them or making life difficult for people.

In the longer term, only legislation that drives a broader reduction in plastic use will ensure that the negative environmental impacts associated to plastic are minimised. Dr Verbeek called on the Commission to ensure that the upcoming Plastic Strategy lays out the steps towards a comprehensive piece of legislation that will drive an overall plastic reduction, and to ensure that plastic is only used in long lasting, reusable and recyclable products. 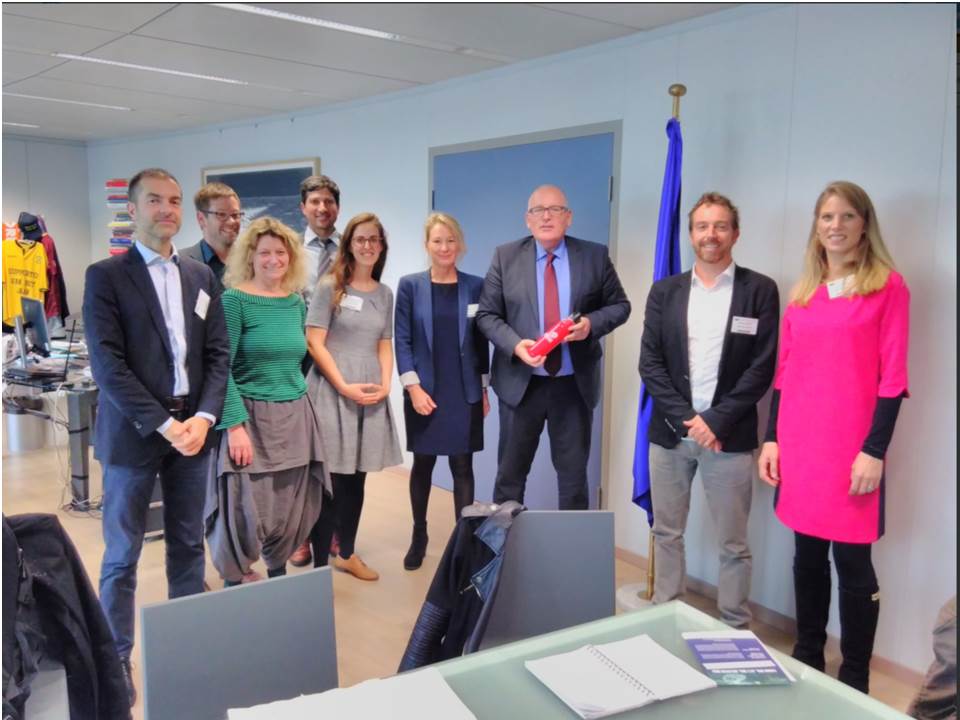