The European Commission has announced its intention to significantly reduce the use of plastic bottles and other single-use plastic items on its premises. All eyes are now on the European Parliament and the European Council to step up and follow suit.

Last week, the European Commission presented a new Strategy for Plastics in a Circular Economy, in which they committed to legislate against single-use plastic items. With the elimination of littering at sea as one of the core objectives of the Strategy, the new legislation is expected to focus on the plastic items most commonly found on Europe’s beaches, such as coffee cups, lids and stirrers, cutlery and takeaway packaging. Speaking about the Strategy, Vice-President of the European Commission, Jyrki Katainen, explained that an ‘internal’ plastics strategy is also being put in place to reduce the use of plastic and to ensure recycling of essential plastics in the numerous Commission buildings. His own office, for example, is switching from plastic bottles to tap water and larger water tanks.

This important announcement is a timely reminder that the main European institutions must lead the way in promoting single-use plastic-free offices and institutions. In March 2017, Seas At Risk, together with six other European environmental NGOs, called on the three main European institutions to commit to eliminating single-use plastic items on their premises. In their replies, all three recognised their responsibility and stressed the contributions already made in respect of reducing the use of single-use plastic and increasing recycling of essential plastics. Until now, however, there has been no public commitment to making their buildings single-use plastic free. In the wake of this most welcome announcement from the Commission, showing its willingness to begin this campaign in the closest possible quarters, the European Parliament and the European Council must now follow suit. 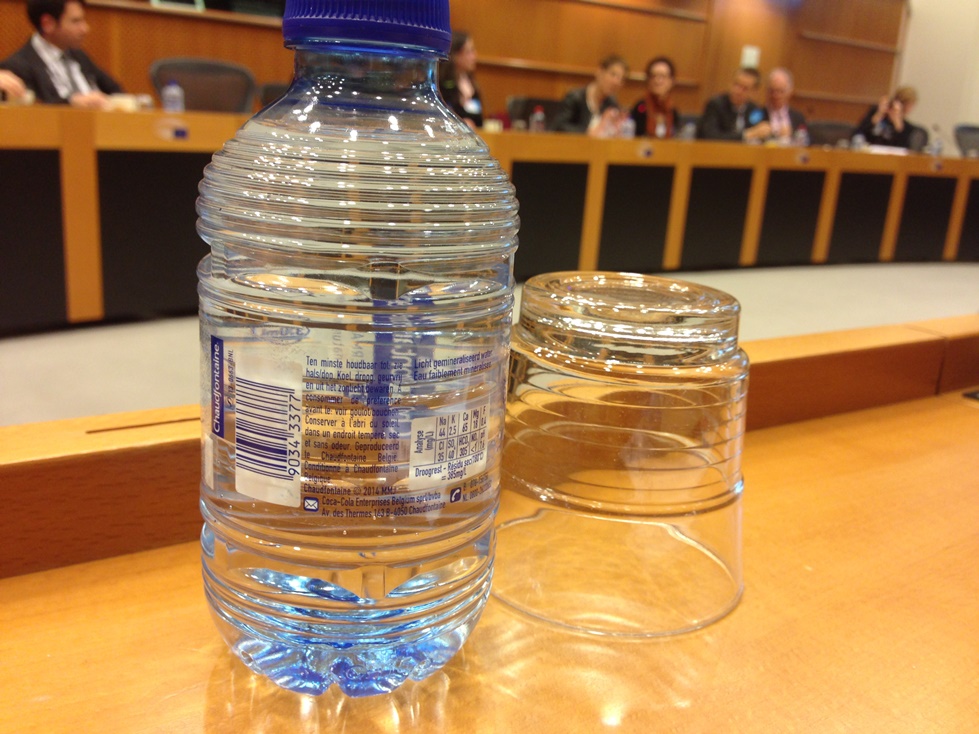