A smartphone app from Project AWARE®, member of Seas At Risk, will enable scuba divers around the world to record levels of marine debris now causing increasing problems for wildlife and ocean habitats.

The app is designed to make it easier for scuba divers to register information on the man-made debris they encounter on their dives, building a dataset shared with science and conservation bodies.

The app includes a list of common debris items and uses geo-location for quick and easy reporting.

Project AWARE developed the mobile app to support the data submission process for its global underwater marine debris survey Dive Against Debris®, which began in 2011 in an attempt to map the extent of the underwater problem.

Divers are increasingly in the vanguard of the so-called ‘citizen scientist’ movement working alongside academic bodies to map the scale and extent of marine litter and help governments meet the objectives of the Global Partnership on Marine Litter, which builds on the 2011 Honolulu Strategy and seeks to protect human health and the global environment by the reduction and management of marine debris.

70 percent of marine debris that enters the ocean sinks to the seafloor. Scuba divers have the unique ability to bring to the surface what’s going on beneath the waves. This app is going to make a huge difference in gathering critically-needed data to reveal the extent of the global marine debris crisis for scientists and help conservationists to advocate for change.

The free Dive Against Debris® App is available now for iOS and Android devices from the App Store or Google Play. For more information visit: www.projectaware.org 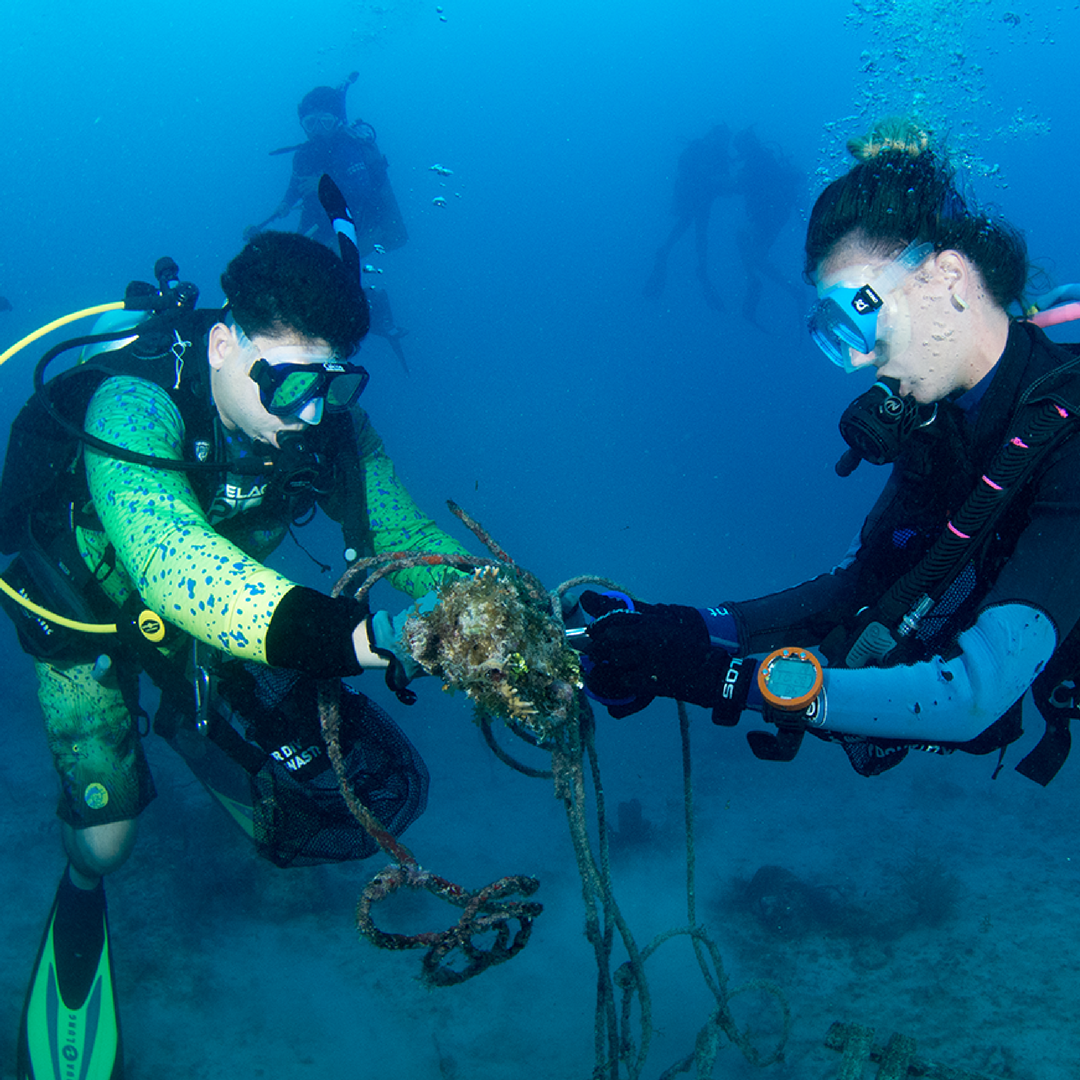