Marine life across the world’s oceans is being negatively impacted by an unseen pollutant: ocean noise pollution. The ocean is an acoustic world where whales, dolphins and many other marine species rely on sound for their survival; they utilise it for communication, navigation, to locate prey, find mates and avoid predators. Increasing underwater noise from industrial activities, such as shipping, drilling and seismic exploration, is a growing concern for marine conservation. Seas At Risk’s newest member, the International Fund for Animal Welfare, calls for action. 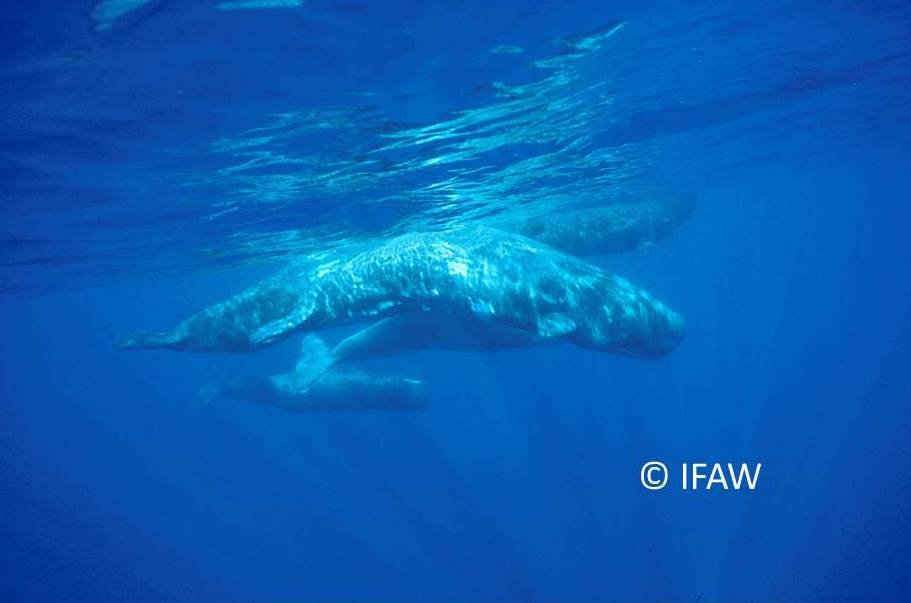 Prior to the industrial revolution, the global ocean soundscape was dominated by a cacophony of natural sounds from the long-distance calls of whale song, to polar icebergs squeaking, shrimp snapping and dolphin echolocation clicks. Today, the constant din of ships, seismic airgun blasts, pile driving, drilling and military sonar are drowning out the natural sounds of our oceans. This human-generated noise pollution is steadily increasing.

Exposure to underwater noise can result in both temporary and long-term impacts for marine life. The impacts of ocean noise on marine mammals include forcing them out of their preferred habitat, drowning out vital sounds used for long-range navigation and communication, and behavioural or physiological (stress) responses. All of these compromise welfare and may have negative population-level impacts.

Several international bodies and agreements now address noise as a pollutant, including the United Nations Convention on the Law of the Sea, which recognises human-generated underwater noise as a threat to marine ecosystems that must be controlled and reduced. Also, the International Maritime Organization has recognised the need to reduce noise pollution from shipping and has adopted guidelines for the reduction of underwater noise from commercial shipping. However, there is currently no international regulation of ocean noise, nor an international standard for monitoring underwater noise.

The International Fund for Animal Welfare (IFAW), member of Seas At Risk, campaigned successfully for underwater noise to be recognised and regulated as a form of pollution in the EU Marine Directive. The Directive states that this pollutant must be controlled by Member States to achieve the good environmental status of EU waters by 2020. Thus, Member States must ensure that noise levels do not adversely affect the marine environment. To date, progress has unfortunately been quite slow on this aspect of the Directive. The International Fund for Animal Welfare would like to see greater engagement at Member State level to act on this important issue and looks forward to a fruitful collaboration with Seas at Risk to help achieve this goal.

The International Fund for Animal Welfare aims to reduce global underwater noise pollution by reducing the source levels of noise prioritising noise from shipping. The positive news is that the shipping sector started the practice of slow steaming (deliberately slowing down the speed of a ship), several years ago. For most ships, going slower also substantially reduces underwater noise. Continuing these operational practices will mean continued environmental benefits, especially for noise-sensitive marine life.

Action must also be taken by the shipping industry to address the noise problem through making ships quieter and so IFAW encourages ship operators and builders to follow the guidelines of the International Maritime Organisation and implement measures to reduce noise at the source. Interestingly, it has been estimated that the noisiest 10% of vessels contribute to half of the global underwater noise from shipping. Noisy ships are often operating inefficiently and technologies to improve efficiency that can be applied to existing ships should also reduce noise. In 2009, the International Maritime Organisation called upon member governments and industry to review their fleets in order to identify the noisiest ships; once the noisiest vessels have been identified these can be prioritised for modification or replacement.

Whales and dolphins, have evolved over millennia to survive in their acoustic world, but ocean noise pollution is threatening their survival. Unlike other forms of pollution, noise pollution disappears as soon as the noise stops and so nothing should prevent governments from immediate action to set measurable targets and reduce ocean noise.