Seas At Risk member, the Irish Wildlife Trust, has released a report analysing Ireland’s failure to manage and protect its inshore network of Marine Protected Areas. Collating evidence from surveys conducted by the National Parks and Wildlife Service (the Irish government agency charged with environmental protection), the report shows the deterioration in the areas supposedly protected under European and national law. 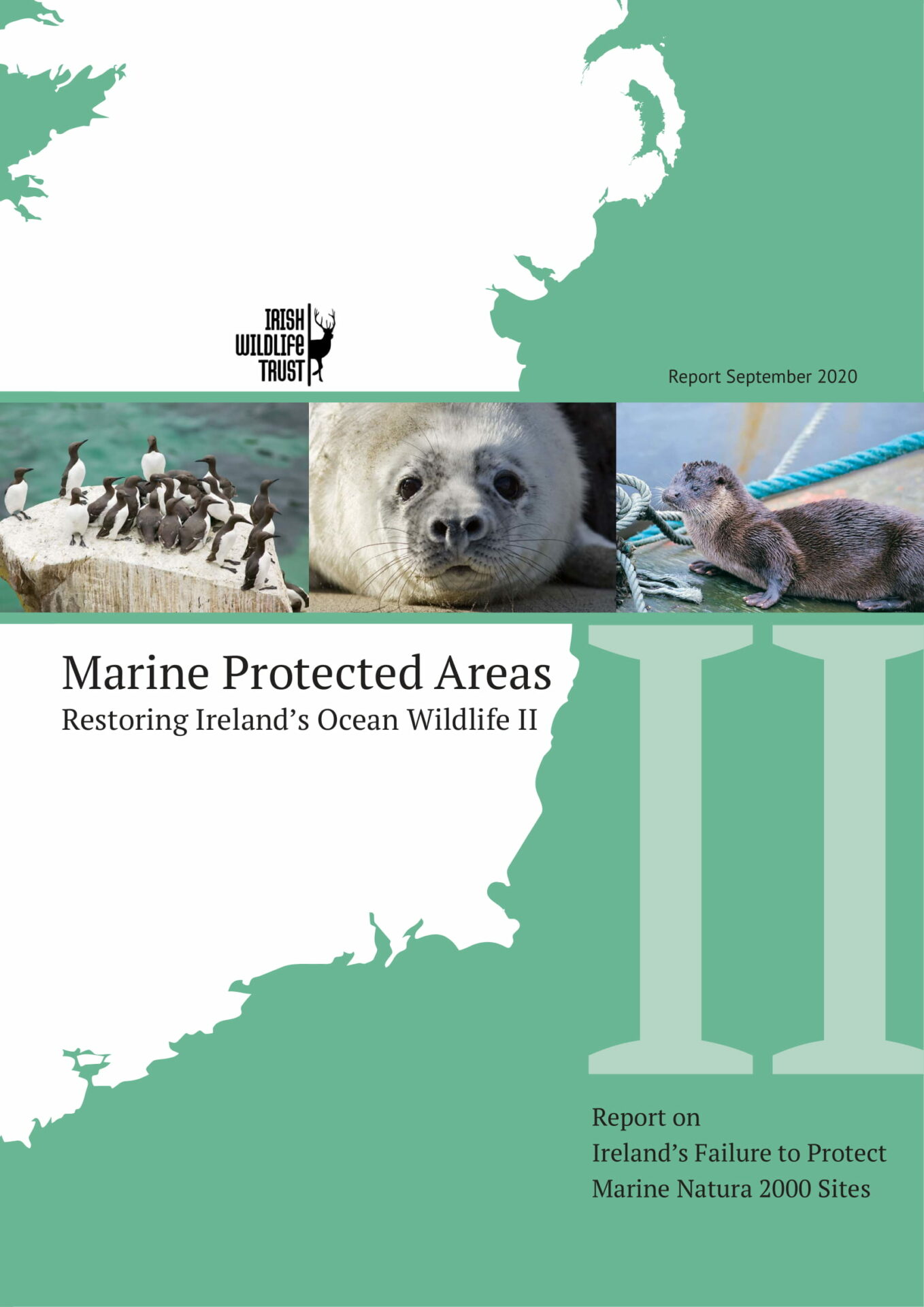 The report highlights case studies related to four Marine Protected Areas: Roaringwater Bay, Kenmare Bay, Blacksod Bay and Lough Swilly, each of which is a Natura 2000 Special Area of Conservation. These areas show serious deterioration – and in some cases outright destruction – of protected habitats. That deterioration is linked to a series of systemic issues, such as the lack of site-specific conservation objectives, ongoing harmful fisheries and aquaculture practices in protected areas, and poor-quality risk assessments, with little consideration of cumulative pressures.

The findings are evidence of clear breaches of European law. Designated under the European Habitats Directive, Special Areas of Conservation are intended as safe havens for a host of marine animals and plants. Irrespective of this, however, Ireland has allowed the destruction of incredibly rare reefs and significant declines in carbon-sequestering seagrass meadows. In Blacksod Bay, Co. Mayo, a reef of the rare worm Serpula vermicularis has been destroyed by benthic dredging, while in Roaringwater Bay, rare beds of the calcifying algae maerl have been negatively impacted by mussel aquaculture. In Lough Swilly, the rare native oyster is threatened by the spread of the invasive Pacific oyster, which escaped from oyster farms in the area. Many other estuaries and bays around the Irish coast are facing similar threats, in addition to existing pressures from agriculture, sewage pollution and climate change.

This mismanagement of Irish natural resources impacts both land and sea. Nearly half of all habitats surveyed by the National Parks and Wildlife Service in recent years have declined in status, with 85% now in an inadequate condition. According to the Habitats Directive, any significant pressures on a protected site must be removed to enable habitats and species to reach ‘Favourable Conservation Status’. As this has not been achieved for most Irish Special Areas of Conservation, the EU Commission referred Ireland to the European Court of Justice in July 2020 .

This report underlines grave failings in the management systems of Irish Marine Protected Areas. This stems in part from the chronic underfunding of the National Parks and Wildlife Service, which is neither equipped nor resourced to successfully implement and enforce any significant management measures.

The programme of the Irish government commits to protecting 30% of Ireland’s seas by 2030, in line with the EU’s Biodiversity Strategy. Currently, however, only a meagre 2.4% of Irish waters are nominally protected. Ireland had agreed in the Convention on Biological Diversity to designate 10% of their waters as marine protected areas by 2020 and have now supported the EU Biodiversity Strategy goal of protecting 30% of its waters by 2030 of which 10% will be strictly protected. However, without effective management measures, Marine Protected Areas are unable to preserve marine habitats, animals and ecosystems and prevent further biodiversity loss. We are in the middle of a climate and ecological crisis. Functioning, well-managed Marine Protected Areas are one of the best tools to reinvigorate marine life and restore the balance of our ocean. When new designations are sought in the coming years, Ireland will need to do substantially better than ‘paper parks’. Establishing at least 30% of highly protected Marine Protected Areas is a fundamental step to achieve a thriving ocean by 2030– as stated in the Blue Manifesto.