Latest / Member's News / What plastics are floating in Italian lakes and seas?

What plastics are floating in Italian lakes and seas?

In 2016 Legambiente carried out a first preliminary study on micro plastic in Italian lakes, in partnership with ENEA (the Italian National Agency for New Technologies, Energy and Sustainable Economic Development), the Ca’ Foscari University of Venice and ARPA Umbria. The study has been presented at Ecomondo, the technology platform for the green and circular economy in the euro-Mediterranean area.

Microplastics are plastic particles smaller than 5mm. They can have a primary origin like pre-production pellets, or secondary, derived from the disintegration of larger items by physical action. The amount of microplastics increases constantly in the marine environment and they are a dangerous threat for ecosystems as they can be ingested by organisms, enter the food chain and potentially be toxic.

Despite the high number of studies on their presence in the marine environment, there is still a knowledge gap related to their presence and dispersion in lakes, in particular in Italy. Lakes, as semi-closed systems, may suffer even more than seas from the presence of waste and microplastics as they are unable to disperse.

The observations were conducted in five major Italian lakes, and found that all the lakes contained particles between 1 and 5 millimeters in size. The study also compared different lakes and the common factors which could influence the presence of microplastics. In the subalpine lakes, the narrowest parts of the basin reported the highest concentration of microplastics. The microplastics collected were classified depending on their number and shape, to see if it is possible to determine their source and hypothesise on whether they can be prevented from reaching the freshater lakes. For example, filaments are secondary particles from ropes, or synthetic fibres released from the washing residues of home laundry.

For the third consecutive year, Legambiente also conducted monitoring of floating waste on the sea surface. The average concentration of waste over the entire monitored area is 58 items of debris per km2 of sea surface. Over 25km2 of sea surface were monitored. The highest concentration was reported in Tyrrhenian Sea. 96% of the floating waste is plastic, and the most frequently encountered items were plastic bags and sheets, followed by fishing nets/lines, polystyrene fragments, bottles, caps and lids, tableware, sanitary napkins, polystyrene boxes. The main sources of observed waste were the mismanagement of urban waste and sewage, and commercial activities such as fisheries, agriculture and other industries. Among waste from commercial activities, 46% was from fisheries, (net/lines, polystyrene boxes and fragments). For mismanaged urban waste, 83% of the waste was disposable plastic packaging. For the full results, see the interactive marine litter map.

Thanks to the cooperation with ENEA, the survey identified the polymeric matrix of the waste observed in the sea. This information is crucial to explore ideas on possible recycling and reusing methods to prevent the waste from becoming marine litter. The good news is that between 85% to 94% of the marine litter collected is made of thermoplastic polymers, materials that are easily recyclable. These characteristics make it possible for the plastic items to be recycled and become part of the circular economy.

Involving fisherman in the collection of marine litter, as suggested by the Marine Strategy of the Italian Ministry of the Environment, is a good practice, but it is definitely not enough to tackle the problem. Prevention work is essential to raise awareness, reduce the usage of plastic in disposable items and packaging, and improve the design and production process to start a virtuous recycling chain and prevent waste from leaking into our oceans and lakes

In 2017, Legambiente will continue its committment to monitor beaches, marine and lake litter, with a new focus on raising awareness on marine litter. 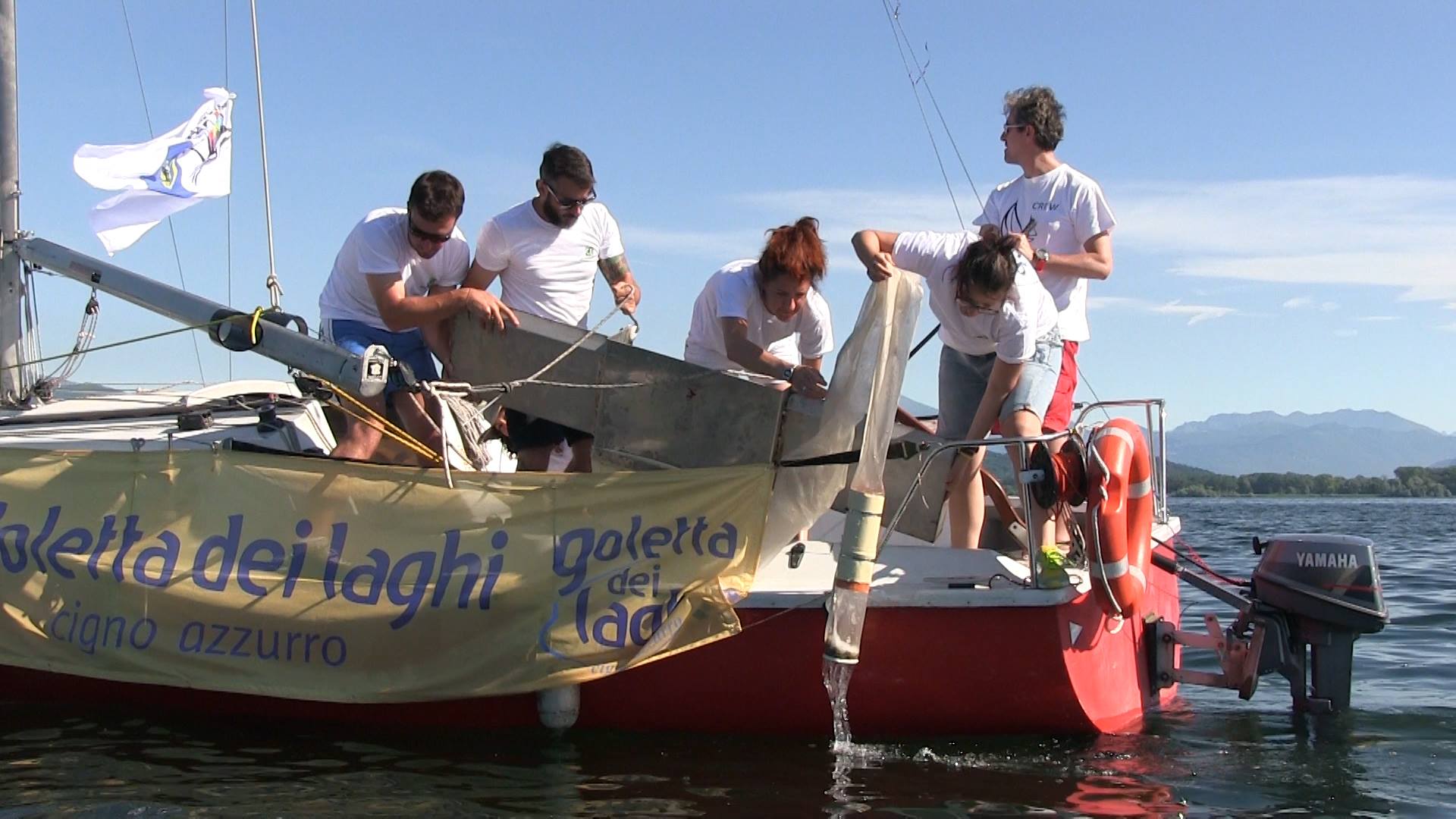