Seas At Risk is deeply disappointed by the decision on fishing limits for deep sea fish stocks for 2019-2020 taken by the Fisheries’ Council of Ministers tonight. This was the final opportunity for fisheries ministers to end overfishing of deep sea species by 2015 or at the latest by 2020, as legally required under the Common Fisheries Policy. In their decision, however, the ministers have reneged on that obligation.

Seas At Risk’s Policy Officer, Andrea Ripol, said: ‘The ministers decided to allow continued fishing of roundnose grenadier, which is classified as an endangered species by the International Union for Conservation of Nature. This puts the species in a worse position than the Giant Panda, for example, which is classified as vulnerable.’ Similarly, while several deep-sea shark species are also classified as endangered or critically endangered, the Council nevertheless decided to allow their continued bycatch instead of ensuring that deep water fisheries are managed to prevent the catch of endangered species. 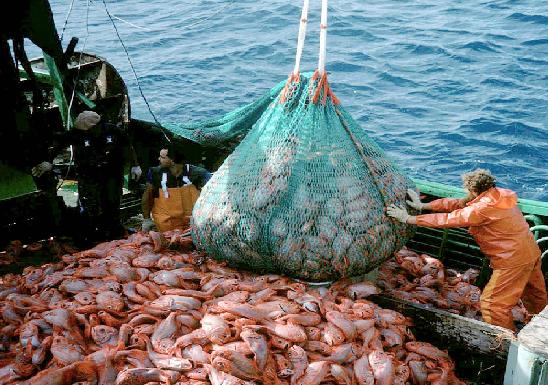 The ministers agreed higher quotas than those advised by scientists for fish stocks of red seabream and alfonsinos, thus sanctioning overfishing. Worse still, following a proposal by the European Commission, the ministers removed fishing limits on six stocks of black scabbardfish, roundnose grenadier and greater forkbeard. This effectively removes these species from the quota system, rendering them basically unmanaged, without any cap on catch or alternative management plan. This is particularly concerning for black scabbard in the North Sea and Skagerrak area, where no scientific argument was provided to justify such a decision. These stocks now join many of the unmanaged and unregulated deep-sea stocks that are caught as bycatch in deep sea fisheries and which impact the entire deep-sea ecosystem.

Andrea Ripol, added: ‘Five years ago European citizens asked for an end to overfishing and Europe’s fisheries ministers agreed to a legal obligation to achieve this by 2020 at the latest. Today the ministers were put to the test on their obligation, with the first tranche of fishing limits agreed for 2020. They failed miserably, ignoring the law, the wishes of European citizens, and the serious consequences for the already vulnerable European deep-sea fish stocks. Their decision was solely for the short-term benefit of a tiny section of the European fishing fleet which will inevitably be further reduced with decreasing fish stocks due to continued overfishing.’

Deep sea species are generally slow-growing, late-maturing and have a low reproductive rate, making them particularly vulnerable to overfishing. Little is known about the status of most deep-sea stocks but declining catch indicates unsustainable fishing levels. For stocks with very limited data, the Common Fisheries Policy prescribes the precautionary approach, affording these stocks a degree of conservation comparable to those stocks whose sustainable catch level is known. Scientific advice for the deep-sea stocks aimed to avoid stock collapse rather than recovering stocks to healthy levels through sustainable catch rates. The fisheries ministers should therefore have set the fishing opportunities well below the maximum precautionary level advised by the scientific community; under no circumstances should that advice have been exceeded.

On 17 December, European ministers will meet to agree fishing quotas for the North East Atlantic for 2019. The current Council decision, however, does not bode well for the outcome of the forthcoming session.