Two weeks of talks in London on what measures the global shipping sector should take to reduce its climate impact have failed to make progress. Governments meeting at the UN’s International Maritime Organisation (IMO) were supposed to start delivering on their April commitment to decarbonise international shipping but instead became bogged down in procedural matters. The Clean Shipping Coalition said the total lack of urgency was in stark contrast to the impassioned pleas for action made to delegates by the authors of the recent report of the Intergovernmental Panel on Climate Change (IPCC).

Measures are urgently needed if the IMO’s agreed plan – to reduce shipping’s carbon intensity by at least 40% by 2030 and total emissions by at least 50% by 2050 – is to be met. The April agreement included a commitment to deliver immediate measures that reduce emissions before 2023. Yet developments this week mean that consideration of those measures will now only commence in May 2019, over a year after the original agreement was reached.

“Time is running short but that’s not the feeling you get inside the room. The commitment last April to agree and implement in the short-term immediate emissions reduction measures has fallen victim to procedure, bureaucracy and delay spearheaded by countries who were never really on board. The US, Saudi Arabia and Brazil head that list. And all this despite the authors of the IPCC report making absolutely clear to IMO members that now is the time for action.”,  says Bill Hemmings, shipping director at Transport & Environment.

The lead proposal being considered is mandatory speed reduction – either as a standalone measure or as an element of one that sets a target for improving ship efficiency. Either approach, if done right, could meet the agreed 2030 carbon intensity goal and deliver fuel savings for industry. Sections of industry oppose speed reduction but have failed to put forward any alternatives that come close to the cut in emissions that will be required.

“The stakes are high. Ships have deployed slow steaming over the past decade in a way that has seen dramatic reductions in emissions. The world is not blind to this. Speeds must initially be capped to avoid backsliding, then progressively lowered. The impact on emissions is immediate and incontestable. The commitment of many at the IMO to genuinely reduce ship emissions is not.” says John Maggs, senior policy advisor at Seas At Risk.

The IMO today also overturned a decision to tighten new ship design standards, known as the EEDI, even for container ships meeting the standard a decade in advance.

“While congratulating itself on quite mediocre progress on greenhouse gas emissions, the IMO had no qualms in killing any remaining hopes for requiring the building of more efficient ships in the future. If this is the pace being set to implement the IMO’s Initial GHG Strategy, then some of the delegates returning back home from future negotiations won’t have a country to land on.”, concluded Bill Hemmings.

Shipping emits 3% of global CO2 – and emissions are increasing year on year – yet it remains one of the few sectors of the global economy without sector-specific emissions reduction measures. 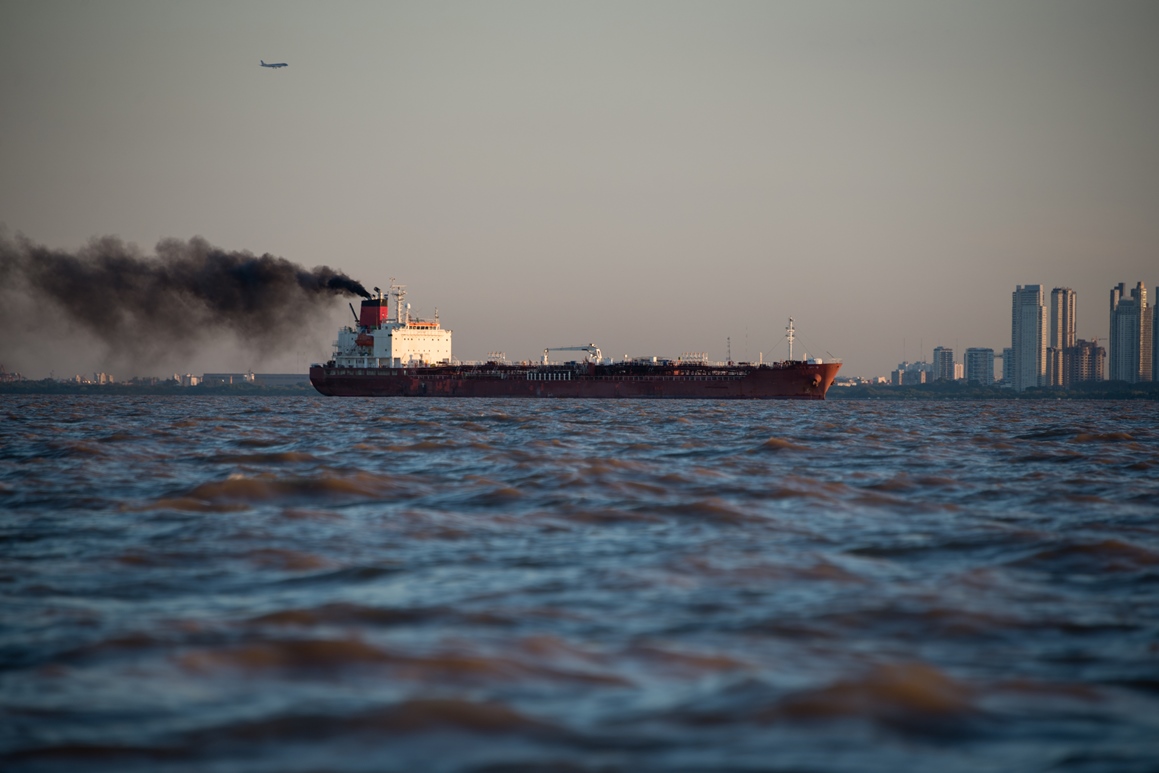