Seas At Risk’s Portuguese member Sciaena, together with Zero and ANP|WWF wrote a letter to the Minister of Environment and Climate Action and the Secretary of State for the Environment to express concern over the Portuguese Government’s lack of responsability in setting national reuse targets and for leaving waste prevention policy in the hands of economic sectors known for being against reuse. The ambitious targets for reusable packaging initially included in the proposed Waste legislation (Unilex) have been replaced by self-regulatory measures to be adopted by industry stakeholders. The NGOs urge the Government to instead seize the opportunity presented by the transposition of EU legislation to implement effective reuse measures to promote the transition towards a circular economy. 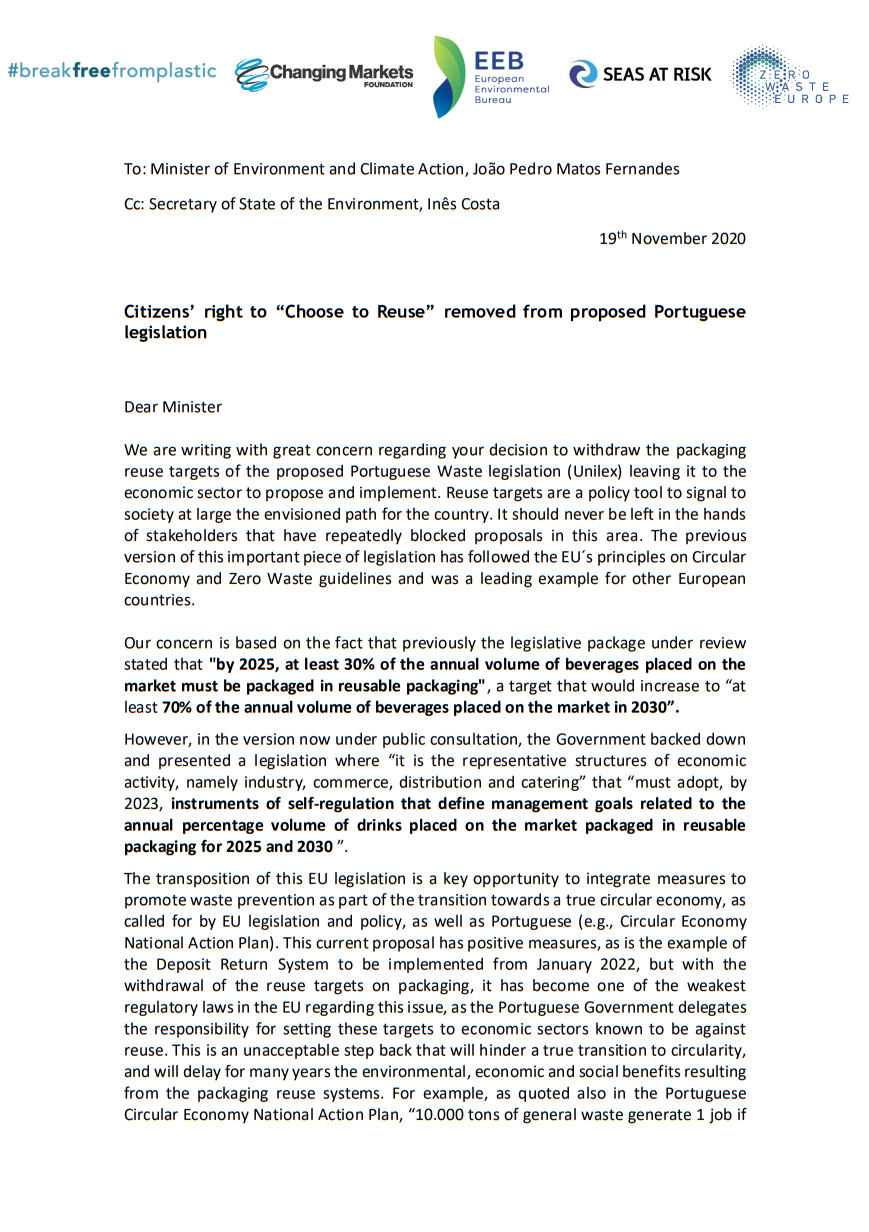