Speed controls on shipping could save billions in lower ship fuel bills, cut air pollution and enable the shipping industry to play a full part in tackling climate change according to a new report.

An immediate emissions cut of 15% is achievable, according to the study into the feasibility, costs and benefits of regulated slow steaming, commissioned by environmental groups Seas At Risk and T&E and undertaken by consultants C.E. Delft.

The report was prompted by a premature decision to dismiss speed reduction as a way to tackle climate change impacts from ships at the International Maritime Organisation (IMO). That decision came despite the fact that the economic crisis had already led to many ships slowing down to save fuel.

Reducing average speeds by 10% will reduce emissions by 19% across the world fleet even after building and operating new ships to make up for lost capacity. The study found that emissions cuts from slower speed are immediate, don’t require prior investment, and have no adverse impact on ship operations.

The study will be launched today (28 February) at a side event at the 63rd session of the UN International Maritime Organization’s (IMO) Marine Environment Protection Committee (MEPC) in London.

John Maggs of Seas At Risk said: “Regulated slow steaming can produce emissions reductions by 2030 and 2050 which rival any other reduction option being considered at IMO or EU level, and it can do so with a sizeable economic gain.”

“If we are serious about tackling shipping GHG emissions and making sure that the shipping industry contributes its fair share to tackling climate change, then we must avert any post-economic crisis emissions spike. The IMO – and industry – must look again at regulated slow steaming and give it full and proper consideration alongside their work on developing a market-based measure.”

Bill Hemmings of Transport & Environment said: “This study refutes all the knee-jerk objections to mandatory speed reduction that have been trotted out. The case for speed reduction is as compelling as it is obvious; it’s time for regulators to sit up and pay attention.”

“Sections of the shipping industry have slowed down for commercial reasons but industry refuses to consider this option as an environmental measure and wants to speed up again once the economic crisis is over even though slow steaming is cost free and flexibility options can be considered for the relatively small section of the market that needs to operate faster. The industry seems to be acting against its own interests on this one.”

The report’s presentation coincides with the resumption of deliberations at IMO concerning technical, operational and market-based approaches to tackle GHG emissions from shipping.

Maersk, one of the world’s largest shipping operators, has reported extensively on its trials of slow steaming, confirming that technical concerns surrounding the impact on ship engines were completely unfounded.
The Study: Regulated Slow Steaming in Maritime Transport 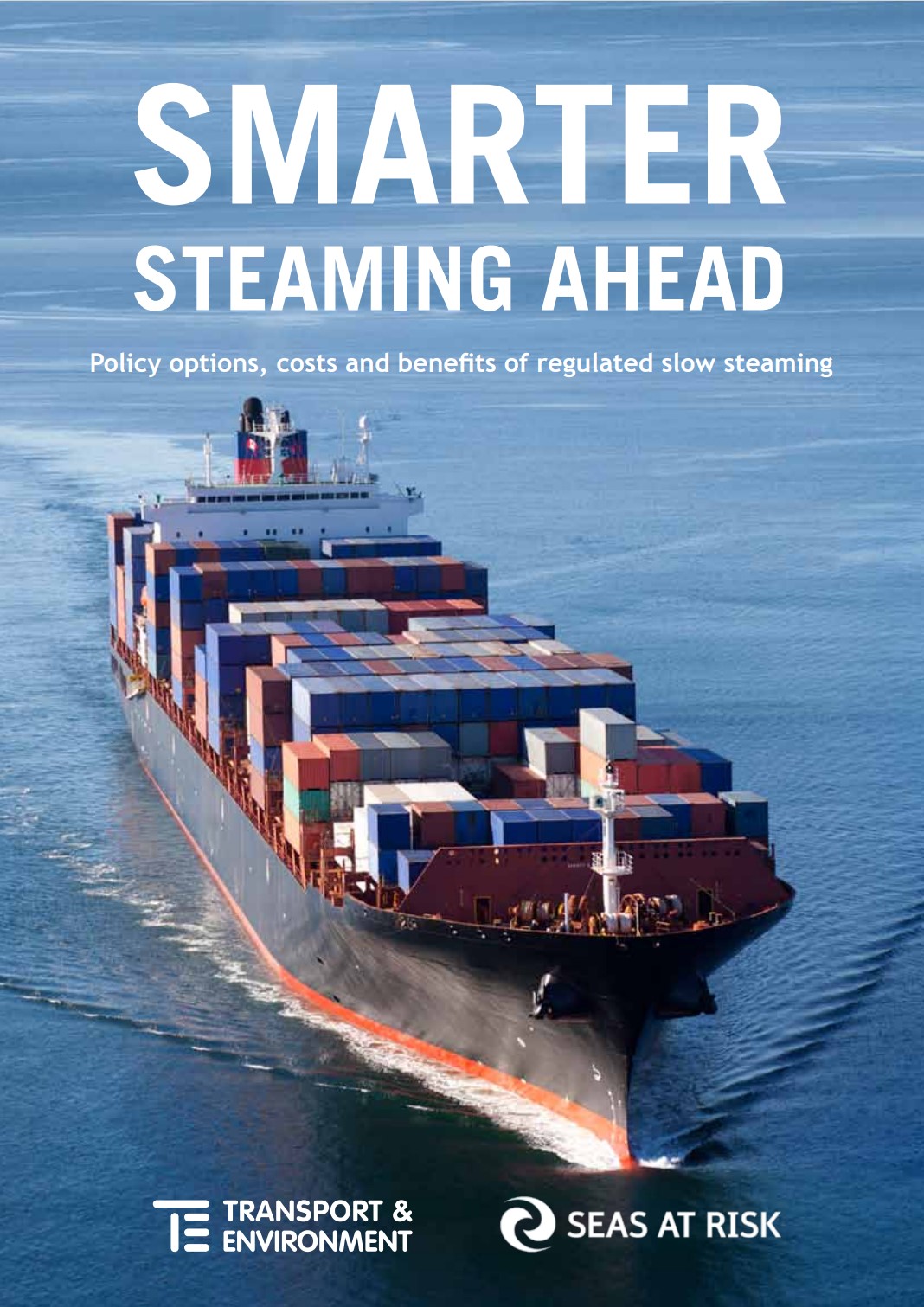