Latest / General News / Deep sea mining: not needed for the future we want

Deep sea mining: not needed for the future we want

Deep sea mining proponents such as the International Seabed Authority (ISA) claim that economic prosperity can only be secured if the global supply of metals doubles by the middle of this century. Yet UNEP’s International Resource Panel (IRP) brings a different perspective on the future needs for metals and calls for a new global governance mechanism to oversee the sustainable use and supply of mineral resources. Seas At Risk calls on ISA member countries to rethink their support for deep sea mining in light of the UNEP-IRP’s findings and recommendations. 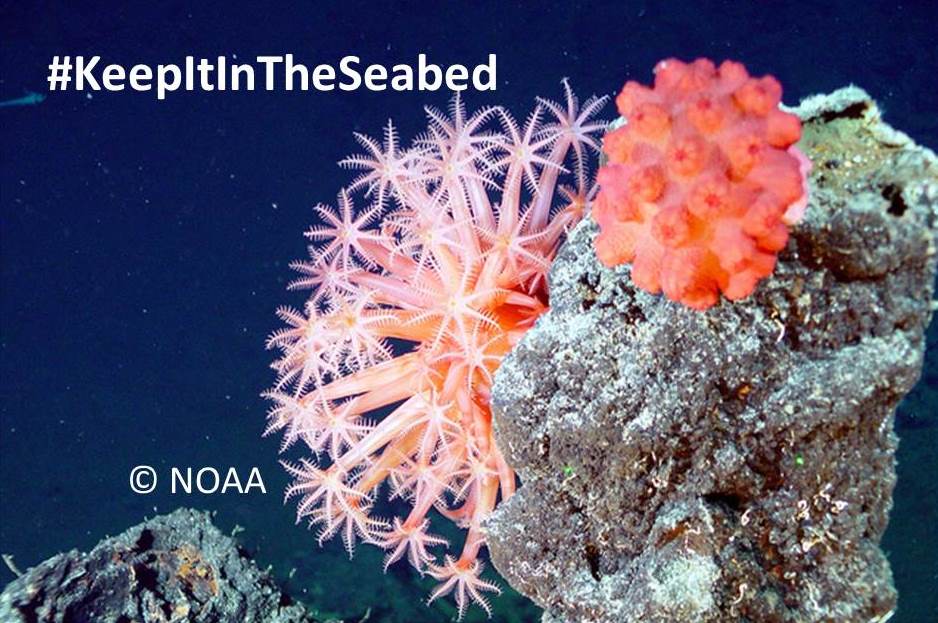 IRP’s proposed sustainability policies would reduce the extraction of metals by almost 50% by 2060, compared to a business-as-usual scenario. There is no need for deep sea mining in such a scenario.

The IRP report, Global Resources Outlook 2019, Natural Resources for the Future we Want, issues an urgent call for transformative change, cautioning that it is not a lack of resources that will limit our economy, but rather the environmental impacts of extractivism.

“The Global Resources Outlook shows that we are ploughing through this planet’s finite resources as if there is no tomorrow, causing climate change and biodiversity loss along the way. Frankly, there will be no tomorrow for many people unless we stop.” Joyce Msyua, Acting Executive Director of UN Environment.

With its proposed ‘Towards Sustainability’ scenario, the IRP report estimates that by 2060, the extraction of metals can be reduced by almost 50% compared to a business-as-usual scenario, if ambitious resource efficiency and sustainable consumption and production policies are put in place. The report highlights numerous opportunities for governments, businesses and wider society to work together to create and implement policies that will ultimately lead to sustainable resource management. These include better planning, technological innovation and strategic incentives and investments.

This is a crucial message for the ISA to take on board. Scientists have issued strong warnings that deep sea mining will lead to irreversible significant loss of biodiversity. Estimates of the potential annual output of cobalt by deep sea mining is in the range of 8% of global production by 2050, and much less for other metals. A significant reduction in the demand for metals would effectively make deep sea mining obsolete and allow the ISA to focus on its core mission of protecting the deep seabed from irreversible harm. It would also safeguard many vulnerable terrestrial sites from the mining industry’s expansion dreams.

Resource efficiency and sustainable consumption and production policies will improve well-being for all. Deep sea mining will not.

The ISA has repeatedly ignored calls from civil society and scientists to properly evaluate the future need for deep sea mining. It is sticking to a narrative that future economic prosperity is only possible if the supply of metals doubles within the coming decades.

The IRP report concludes the opposite: it shows that implementing resource efficiency and sustainable consumption and production policies promotes stronger economic growth and improves well-being across countries, in addition to significantly reducing resource use. The proposed set of policies would also support more equal distribution of GDP per capita, increasing economic growth more in low- and middle-income nations (11% on average) than in high-income nations (4% on average) relative to a historical trends scenario. This is clearly a much more powerful way of lifting countries out of poverty than any ‘benefit sharing’ scheme for deep sea mining could ever be.

The IRP calls for an international governance mechanism for the conservation and sustainable use of all mineral resources. Without it, ISA cannot effectively govern the use of deep-sea resources.

In another report, Mining Resource Governance in the 21st Century, the IRP points to an important missing link in global governance, namely that there is no international body mandated to oversee the conservation and sustainable use of mineral resources. The IRP concludes that: ‘Effective governance of mineral resources fundamentally requires better signalling between demand for particular emerging technologies that require minerals and the extractive enterprises that will supply them, in place of the ad hoc arrangements and contracts between particular firms and suppliers, which are often economically and ecologically inefficient.’ It calls for the establishment of an international coordination mechanism, facilitated through an International Mineral Agency, or an international agreement. Until this missing link is addressed, it is impossible for the International Seabed Authority to effectively govern the use of marine resources, let alone ensure they are being managed in a sustainable manner.

ISA member countries should immediately rethink their support for deep sea mining in light of the IRP’s recommendations.

The IRP reports should be mandatory reading for the delegates of the 168 countries who will be heading to Jamaica next week to participate in the International Seabed Authority’s Assembly negotiations on deep sea mining. Even though it is mandated to protect the deep sea, and ensure it does not suffer irreversible harm, the International Seabed Authority doggedly continues to take a strong pro-mining stance. Seas At Risk calls on ISA member countries to re-think their support for deep-sea mining in light of the UNEP-IRP’s recommendations and invest in a sustainable future for all.