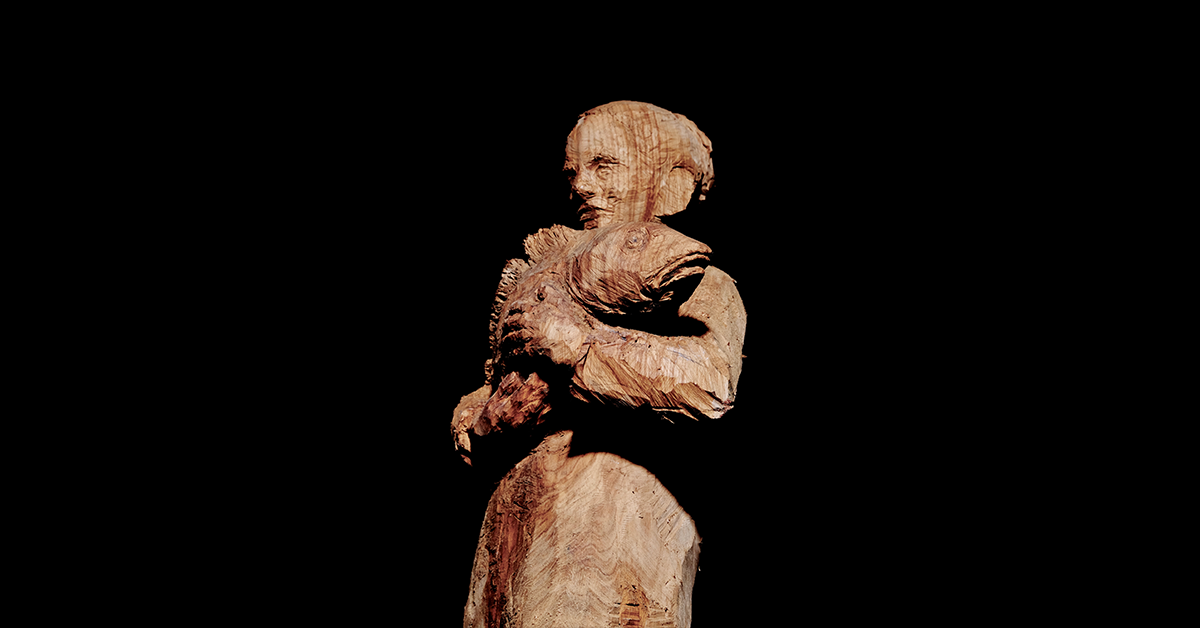 This autumn, Seas At Risk and some of its members are organising an art action to boost awareness of the threats that fisheries pose to the ocean. A wooden sculpture, the Voice of the Fish, will advocate for the ocean, traveling from Germany’s Baltic coast to Portugal’s Algarve, stopping in significant locations and highlighting major threats along the way.

Created by Jared Bartz, a representational sculptor, the sculpture depicts a woman carrying a fish from the ocean to land. For centuries, no marine resource has better represented the connection of humans to the ocean more than fish, thus this sculpture links people, art and nature, and casts a light on our significant ocean protection issues.

Marine biodiversity is under pressure. Fishing remains one of the greatest threats to marine ecosystems and global fish populations, yet European governments continue to ignore science and fail to implement sustainable fishing policy. Countries did not meet the deadline to end overfishing by 2020, persistently overlooking the negative impacts of fisheries on marine habitats and weakening the ocean’s defences against climate change.

The sculpture’s journey begins underwater in the Baltic Sea, near Kiel on Germany’s north-eastern coast, where the sea is in crisis due to ongoing pollution, algal blooms, and persistent overfishing. Local fish populations have collapsed and vast expanses of the sea have become hostile, oxygen-less, lifeless deserts. This stark, worst-case scenario makes the Baltic Sea the perfect starting point for the sculpture’s journey.

The sculpture will then rise from the water and journey to Luxembourg. Coinciding with the AGRIFISH Council in October where total allowable catches for the Baltic Sea in 2023 will be decided, she will call on Fisheries Ministers to act on their legal obligation to finally end overfishing, as outlined in the EU Common Fisheries Policy. Two years after the EU’s moratorium on overfishing, there has been no major progress, with fishing limits continually set well beyond scientifically recommended levels. Overfishing and other destructive fishing activities such as bottom trawling are hindering the Baltic Sea’s ability to recover.

The next stop for Voice of the Fish is La Rochelle, in France, to highlight the bycatch crisis in the Bay of Biscay. Despite being a legally protected species, thousands of dolphins are inadvertently caught and killed in fishing nets every year. This shows a clear dissonance between EU law, scientific advice and political commitments. The entrapment and killing of dolphins – as well as seabirds, sharks and other fish – is increasingly damaging to ocean biodiversity and ecosystems.

The sculpture then moves to Vigo, Spain, in time for the 20-year anniversary of a disastrous oil spill off the Galician coast. Galicia is the cornerstone of European fisheries and is well placed to lead the transition to selective gear and sustainable fishing across the EU.

The two-month trip across the continent ends in Sagres, Portugal, where the sculpture returns to the sea. Here the Voice of the Fish calls for greater commitment to Marine Protected Areas, most of which remain simply a line on a map rather than areas truly protected against destructive human activities. The sculpture will be planted under the sea and integrated into a restoration site, surrounded by 100 replanted soft corals. The end of the journey represents the seed of hope planted by her journey, as a step towards a more hopeful future.

The sculpture is a witness to human destruction, and an advocate for marine wildlife. She knows that only healthy oceans can help us to mitigate climate change and biodiversity loss. She has witnessed decades of extraction and destruction and she challenges us to rethink and rebuild our deep connection with the ocean. The fishing business cannot continue as usual. It is time to change how we fish. The fisheries of the future must be small scale, low impact and low emission. We must act before it is too late.

Many fish populations in #OurBaltic have collapsed and some might never recover. In these waters, the sculpture of a woman with a fish in her arms begins her journey across Europe to be the #VoiceOfTheFish 📣🐟 Learn more ▶️ https://t.co/wBuf99ynVP #BlueNature #EUBiodiversity https://t.co/A4h0FYYsfq