Following the adoption of the EU AGRIFISH Council position on future fisheries controls, the EU Fisheries Control Coalition condemned the failure of ambition demonstrated by fisheries ministers. The Coalition urges fisheries ministers, the European Parliament and the European Commission, to make an urgent and determined effort during upcoming negotiations to ensure that fisheries management in the European Union effectively safeguards ocean health and marine life for generations to come. 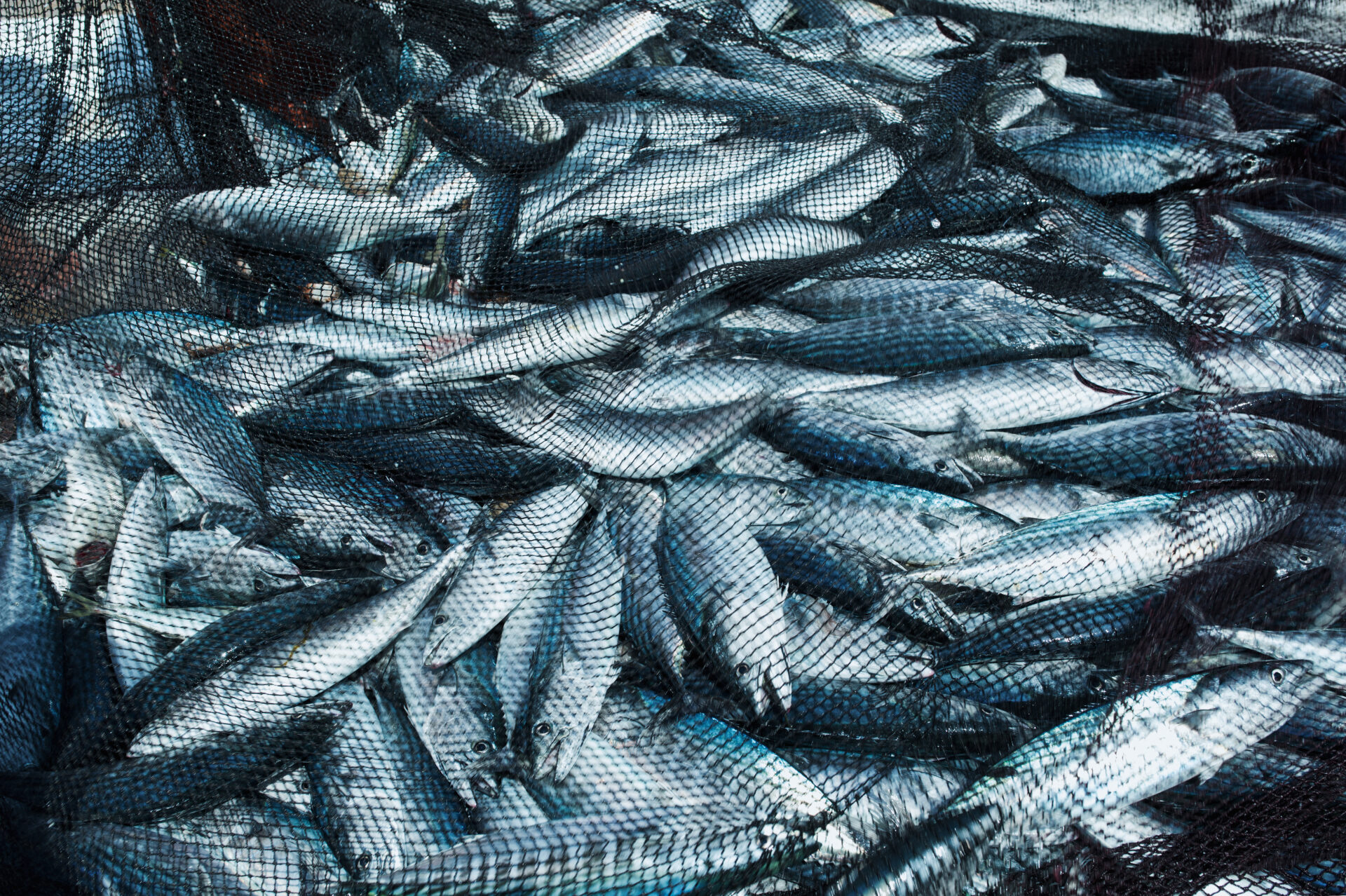 In response to a strong proposal from the European Commission and the steps taken by the European Parliament, EU fisheries ministers sought to weaken ambition for stronger regulation by adding loopholes to rules that have existed since 2010, rather than updating and improving the laws to ensure the protection of fish populations and the communities who depend on them.

Margin of Tolerance
“The Council position includes a proposal that would legalise the misreporting of EU fish catches, undermining all positive efforts made by the EU and its fleet over the past decade to manage fisheries sustainably, as well as the objectives of the European Green Deal and the global 2030 Agenda”, said Goncalo Carvalho, Executive Coordinator of Sciaena.

“The Council proposal significantly weakens the existing rules to report the amount of catches estimated at sea and the catches actually brought to port,resulting in catches of individual fish species being grossly underreported and leading to large amounts of EU catches being omitted from the EU fleet’s records”, he added. “This would create an unlevel playing field, undermine scientific data to evaluate the status of EU and international fish populations, and render fisheries control efforts ineffective.”

The EU Fisheries Control Coalition is calling on the Council to strengthen, not weaken the rules on the margin of error when estimating fish captures by using a 10% margin for all catches, and to maintain the rule in the existing Control Regulation of 10% per species, which has aided the rebuilding of EU fish populations.

Sanctions
Far from creating “a more effective and equitable sanctioning system” for EU fisheries, as the Presidency outlined in its progress report, the Council proposal would gravely undermine it. Most concerningly, fishing without a license is no longer included in the list of serious infringements. Any commercial vessel caught fishing without a license would be permitted to request a permit within two days of committing such a serious infringement. Keeping unlicensed fishing a serious infringement is critical to ensure a level playing field between fishers that play by the rules and those that do not.

Steve Trent, CEO of the Environmental Justice Foundation said, “Weakening the sanction system would undermine the EU’s ability to fight and eradicate illegal fishing, including globally, as it would undermine the credibility of EU policies against illegal, unreported and unregulated (IUU) fishing, and EU actions against IUU fishing in non-EU countries.”

Instead, the Council must standardise the enforcement and sanctioning system to improve the enforcement of the Common Fisheries Policy, and to ensure that EU fishers feel that they are treated equally and fairly.

Remote Electronic Monitoring (REM)
“The EU Council has completely overlooked the need to install cameras on board vessels to collect reliable data of bycatch occurrences – the incidental capture of sensitive and protected species in fishing nets. These data are essential to inform urgent mitigation measures to reduce the impacts of fishing activities on these species. This is a huge missed opportunity to implement tried and tested technologies to protect marine mammals and seabirds in EU waters”, said Christine Adams, Fisheries Policy Officer at Seas At Risk.

“By making the decision to limit the installation of REM to only some vessels above 24 metres, the EU’s AGRIFISH Council is consciously ignoring the risk of discarding posed by vessels of all sizes, and especially those vessels above 12 metres. Only 3.2% of the EU fleet is above 24 metres, and the Council is only considering this technology for a small portion of these vessels deemed at serious risk of non-compliance with the Landing Obligation (i.e. those at serious risk of discarding catch). This is very disappointing, as the EU is lagging behind many countries, such as Canada, New Zealand and Australia, which already have well-established REM programmes”, said Marta Marrero Martin, Director of Ocean Governance at The Nature Conservancy.

The EU Fisheries Control Coalition is calling on the Council to consider this technology for all vessels above 12 metres, as well as for those below 12 metres at risk of non-compliance with the Common Fisheries Policy. “New technologies are enabling fleets to drastically increase fishing power, and so we must modernise monitoring capabilities to know exactly how much is being taken from our seas and how this impacts the marine environment”, Martin said.

Traceability
The Council position removes the requirement for digitised seafood traceability, and excludes preserved and processed products such as tinned tuna from the scope of traceability. “The Council would put one out of six products that are imported to the EU market at risk of being untraceable, lowering EU standards for a host of products that can be at risk of being sourced from illegal, unsustainable or unethical fishing practises,” said Agnieszka Korbel, Seafood Policy Officer at WWF European Policy Office. “Without robust traceability and risk assessments of these products, Member State authorities will face increasing difficulties in ensuring that no illegally caught seafood ends up on their citizens’ plates.”

The EU Fisheries Control Coalition is calling for the EU to introduce a number of key advances on seafood traceability, such as digitalisation and inclusion of processed and preserved seafood, as proposed by both the European Commission and the European Parliament.

“When buying any seafood product, regardless of whether it is EU-caught or imported, fresh or processed, wild-caught or aquaculture, EU consumers must be reassured that it comes from a legal source. Only digitalisation and inclusion of processed and preserved fisheries products in scope of the EU’s traceability system can allow for this”, Korbel concluded [2,3].

Small-scale fisheries
“We are extremely disappointed that fisheries ministers have not seized the opportunity to establish a level playing field by requiring vessel trackers across the fleet. Instead, the ministers propose allowing vessels under nine meters to be excluded from mandatory onboard trackers under certain conditions. This goes against the very essence of the reform, which aims to increase knowledge of fisheries activities and simplify the control rules. We know from experience that these systems increase fishers’ incomes and safety, sector transparency, and improves fisheries management,” said Vanya Vulperhorst, Campaign Director for Illegal Fishing and Transparency at Oceana in Europe.

Transparency
In response to the refusal of EU fisheries ministers to increase public information on control efforts, the EU Fisheries Control Coalition demands that the Council increase access to such public information. Specifically, it calls for the annual reports in article 93a to be made public and for the veto of Member States in Article 113 to be removed. This is in accordance with the European Parliament position that Member States should no longer be allowed to veto the release of this fisheries control information without having to give justification.

Vulperhorst continued, “EU decision makers, fishers and civil society do not currently have the information necessary to assess whether the Control Regulation is being effectively implemented. This lack of transparency creates a culture of mistrust, and the potential for misinformation and mismanagement. Ultimately, putting the objectives of the Common Fisheries Policy in jeopardy. It is therefore necessary to increase transparency of how the EU fisheries control system is implemented, with a view to creating a culture of trust, collaboration and compliance”.

The European Parliament has proposed the annual publication of the budget for controls, the number of controls, the number of infringements, to name a few. This will help bring about a culture of compliance and will inform other Member States, EU fishers and citizens about these activities. Instead of maintaining the current veil of secrecy, the Council should follow the lead of the Parliament and bring public information on fisheries control in line with the rest of the EU.

About The EU Fisheries Control Coalition

The EU Fisheries Control Coalition is an alliance of leading NGOs: The Environmental Justice Foundation, The Nature Conservancy, Oceana, Seas At Risk, and WWF, together with ClientEarth, The Fisheries Secretariat, Our Fish and Sciaena that works with organizations and individuals throughout Europe to secure a fisheries control system that safeguards ocean health and marine resources for generations to come.