Fishing lobbies use press passes to loiter outside quota talks

A new investigation by Corporate Europe Observatory and Seas at Risk reveals how Dutch and Spanish fishing lobbies have used press passes to access the EU Council building during crucial ministerial negotiations on fishing quotas.

‘Fishing for Influence’ documents the fishing industry strategy of using press passes to get close to the annual closed-door Agriculture and Fisheries (AgriFish) quota talks at the EU Council.

In the spotlight are the Dutch and Spanish fishing industries which have on an annual basis been trying – and almost always succeeding – to push EU fishing quotas significantly beyond the limits recommended by scientists to protect fish stocks and marine ecosystem.

Photos which the Dutch fishing lobby VisNed and the Spanish lobby group Cepesca posted online clearly show some of their representatives and members in the EU Council press room and cafeteria at the time of AgriFish meetings of member state ministers.

While likely meant to communicate their presence and activity on the ground to member organisations, the photos also display the lobbyists wearing press passes to access the negotiating premises.

A subsequent investigation on the legitimacy of the press passes by Corporate Europe Observatory and Seas at Risk now reveals that these daily press passes were almost exclusively linked to in-house publications of the fishing industry or other sector outlets.

“If it is this easy for fishing industry lobbyists to get press access to such a crucial negotiating forum, the EU Council’s lobby safeguards are at best naive and at worst sloppy.”

“These revelations show that quotas, which should be based on independent scientific advice, are partly shaped by the fishing industry presence in the building. No wonder that the progress towards sustainable fishing levels is too slow, with the environment and future of fishing communities as the big losers. In a well-functioning democracy, the entire negotiation process should be carried out in a fair and transparent way”.

·     Media accreditation at the Council requires personal identification and either “a valid press card or a letter signed by the editor-in-chief of your media organisation”. As our investigation shows, this has been exploited by industry lobbyists. 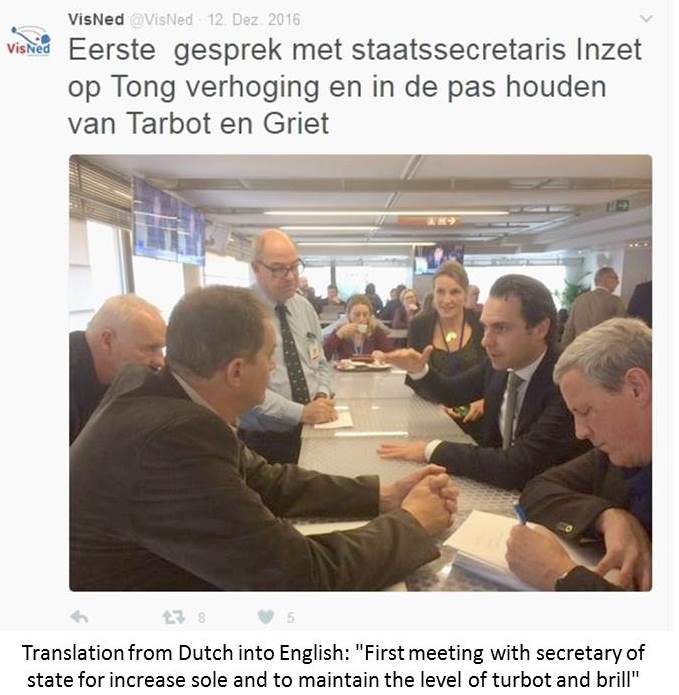