Seas at Risk, together with over 230 civil society organisations, communities and academics, has signed an open letter urging the European Commission to realign strategies on raw materials with the interests of the planet and communities.

Responding to the European Commission’s recent communications on the new Raw Material Action Plan, the letter expresses deep concern over EU plans for the sourcing of critical minerals and metals to meet a growing demand, which will have serious negative consequences for communities, biodiversity and the climate crisis. It also cautions against pushing mining into the deep sea. 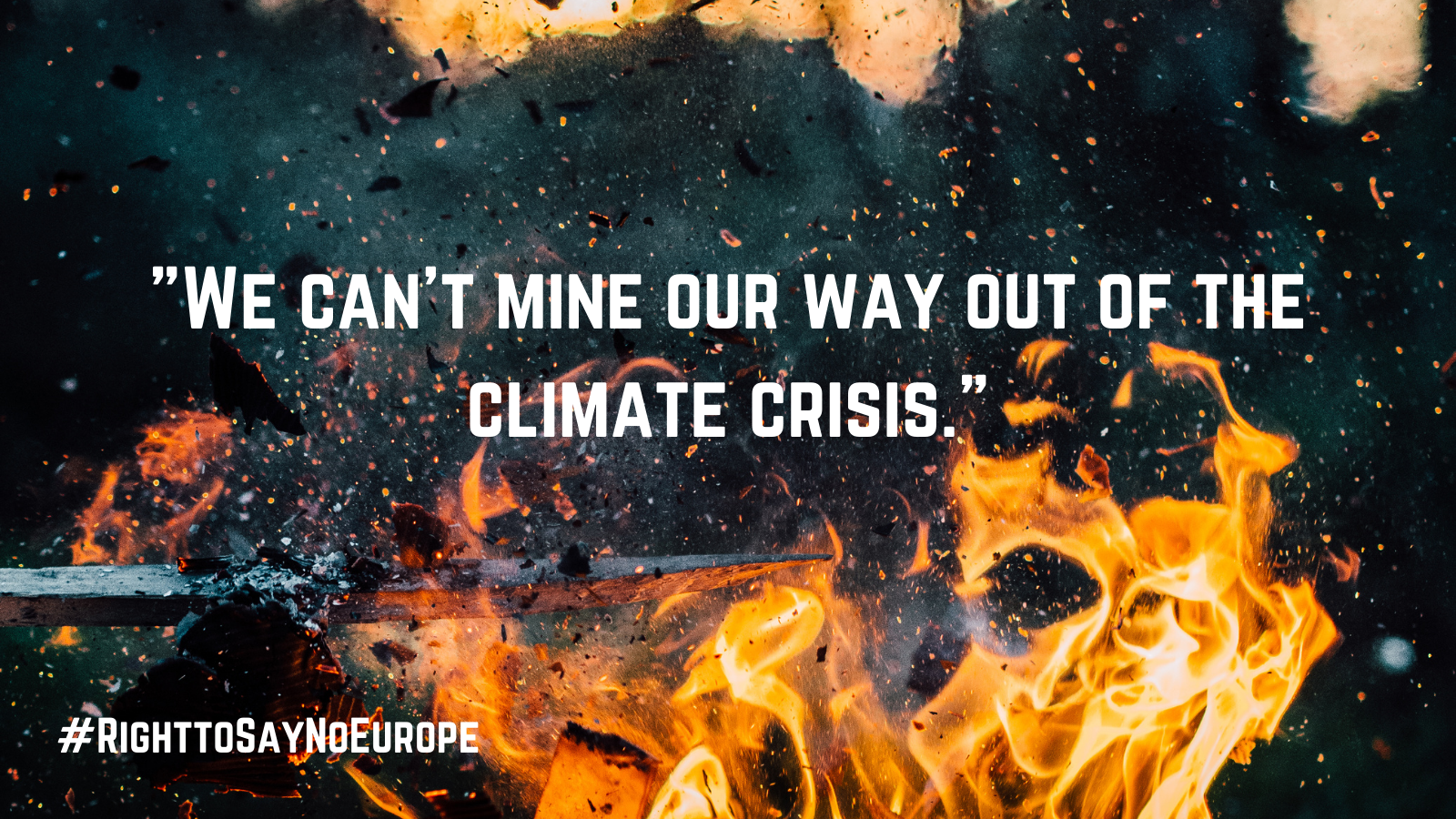 The overall narrative of the Action Plan is to promote a ‘diversified and undistorted access to global markets for raw materials’. The Action Plan acknowledges the EU’s ‘enormous appetite for resources’ and notes that ‘the underlying problem….needs to be addressed by reducing and reusing materials before recycling them’. However, the Plan does not include any commitment to action on reducing overall resource consumption.

“We cannot mine our way out of the climate crisis. To display true climate leadership, the EC needs to establish and put in place policies for a low-energy, low-material transition in Europe, with a far greater focus on demand reduction, recycling, and contributing a fair share of support to Global South nations to redress the relentless, centuries-long extraction of wealth from the South to Europe”.

Hal Rhoades, Northern European Coordinator of the Yes to Life, No to Mining Network

The Action Plan includes plans to expand mining in both the Global South and in European countries like Portugal and Spain. Science indicates that increases in mining can lead to biodiversity loss, contaminated air, soil and water, and exploitation of third countries, resulting in displacement, loss of livelihoods and conflict within affected communities.

The current strategy also risks opening up new frontiers for mining, such as the deep sea. Although deep-sea mining is not mentioned in the Action Plan, the Commission has for several years been promoting and financially supporting its development, including through blue economy initiatives. In their open letter, the signatories express concerns about this push towards mining highly vulnerable ecosystems. They call on the Commission to clarify the actions it will take to establish an international moratorium, as called for by the European Parliament, the Biodiversity Strategy and hundreds of NGOs and scientists around the world (read the fact sheet here).

Finally, the letter warns against the consequences of business-as-usual levels of energy and material consumption and proposes alternatives for a more sustainable and just future. These include reducing EU resource consumption, respecting communities’ right to say no to projects and ending exploitation of third countries.

The letter was sent to Vice-President Maroš Šefčovič and Commissioners Thierry Breton and Virginijus Sinkevičius at the time the European Commission launched the European Raw Materials Alliance, a stakeholder platform to support the Action Plan. Seas At Risk hopes that the Alliance will act to reduce overall resource consumption and take a strong stance in favour of a moratorium on deep-sea mining.