The European Commission recently launched its new Circular Economy Action Plan, as announced in the European Green Deal. As an improvement on the previous circular economy plan, which focused mainly on promoting recycling, the new circular economy now prioritises action on resource-efficient, energy-efficient and toxic-free products as well as waste prevention measures.

This, together with eco-design at the core of the strategy are clear steps towards the promised ‘systemic, deep and transformative’ circular economy. Seas At Risk has high hopes. The legislative developments on sustainable product policy and eco-design, green public procurement, waste prevention targets, products and materials reuse all point in the right direction.  Yet we can do more and be more ambitious to save our ocean. 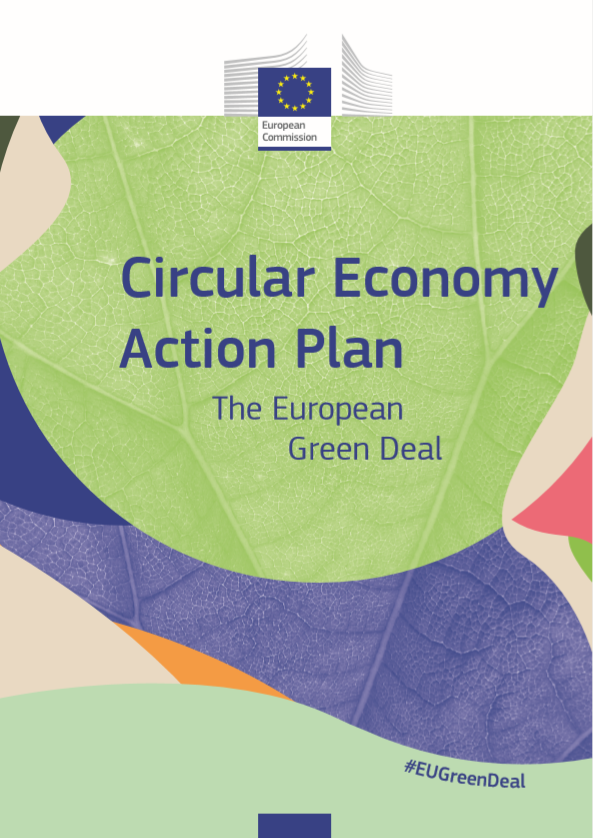 From a marine perspective, Seas At Risk is concerned that the Circular Economy Action Plan promotes biobased, biodegradable and compostable plastics in the plastics value chain. In fact, the damaging impact of these plastics on the marine environment is demonstrably the same as conventional plastic and we caution against their use as substitutes.

The Plan could be more ambitious in respect of microplastics pollution. Currently, it is vague on the development of possible measures to prevent pellet loss in the environment, despite such pellets being a large direct source of ocean pollution. Similarly, for other primary microplastics (textile fibres, tyre dust), the Plan focuses on measuring pollution rather than seeking to prevent it.

Dematerialisation of the economy?

Seas At Risk is alarmed by the lack of clear measures to reduce the demand for minerals. Unbridled growth in demand (linked to the transition to renewable energy and digitisation, among others) will have significant implications for terrestrial mining and risks accelerating the rush to deep-sea mining.  From the outset, the new Commission made it clear that resource sovereignty is a key priority for the EU, given its overwhelming dependence on China and Africa for the supply of minerals. The European mining industry is pushing to open mines in several Member States, such as Finland, Spain, the Czech Republic and Portugal. In addition, deep-sea mining is coming closer and closer to the exploitation phase, backed by the European Union and several Member States. Instead of boosting terrestrial mining in Europe or venturing into the deep sea – both at huge cost to biodiversity and climate – resource sovereignty would be better achieved by reducing the demand for minerals. This requires a cross-sectoral approach in demand management that is only somewhat addressed in the current Action Plan. The European Environment Bureau has called for a headline target to halve the EU material footprint by 2030, but the Circular Economy Action Plan fails to deliver this.

The Circular Economy Action Plan reinforces the existing gap in identifying natural means of achieving carbon neutrality in the context of a climate emergency. Forests are mentioned in the Action Plan as a key carbon sink, but the crucial power of the ocean and marine wildlife to store carbon is overlooked entirely. The ocean has absorbed over 90% of the heat trapped by our CO2 emissions and, as the largest active carbon sink on earth, sequesters over 25% of that carbon.  Protection and restoration of marine biodiversity is necessary to increase the natural carbon storage of the ocean. While the Action Plan notes that its targeted sectors can be extended to others over time, still no mention is made of maritime sectors such as offshore wind energy, aquaculture and fisheries (seafood production), shipping, oil and gas platforms, sand and gravel mining, maritime tourism, deep-sea mining, etc. This substantial omission comes at a time of unprecedented ‘Blue Acceleration’ that is exponentially increasing human pressure on the ocean, as highlighted only recently by the Stockholm Resilience Centre. Circularity of the blue economy, in addition to terrestrial sectors, could help to ease this pressure.