President Tajani’s response to NGOs’ challenge to ban single-use plastics from the European Parliament is disappointing, and serves to highlight that the Parliament could do considerably more to reduce waste generation. The imminent renewal of its catering contract, however, presents an ideal opportunity to implement real change.

In April, a letter sent by Seas at Risk and its NGO partners in the Rethink Plastic Alliance called on the Parliament to lead by example and stop its use of vast quantities of plastic water bottles. Tajani’s reply, however, focuses on voluntary measures such as gradually replacing plastic cups, cutlery and straws with biodegradable single-use items, encouraging Members, staff and visitors to use water fountains, and no longer providing plastic water bottles to committee meetings, at their request.

Despite Tajani’s pledge to eliminate the use of plastic when Plasticus, the ocean plastic whale, visited the European Parliament, the steps taken to date are inadequate. In 2017 alone, the Parliament used about 1,000,000 single-use plastic bottles – more than 5,000 bottles each workday and 27,000 bottles a week – at a cost of EUR 1.8 million.

While even small steps to end the use of unnecessary plastic are welcome, the gradual promotion of voluntary measures is not sufficient to reduce the consumption of single-use plastic. The promotion of biodegradable single-use plastic products is also problematic, as these require special conditions to break down and need to be collected separately.

Tajani suggests that the Parliament may stop the distribution of plastic water bottles entirely next year, if approved by its Governing Bodies. The Bureau (the body responsible for managing the catering contracts for all Parliament facilities and meeting rooms) is expected to include new requirements in the next catering and delivery contract, due in June, making it an opportune time to ban plastic bottles and, potentially, other single-use plastic items.

NGOs are not alone in calling for this change. Several individual MEPs, Committees, inter-groups and party groups have also begun to highlight the issue. During the Environment Committee discussion on the Plastics Strategy on 16 May, several MEPs stressed that the Parliament should ‘walk the talk’ on the circular economy by replacing their single-use plastic bottles with sustainable alternatives. At the end of May, the Quaestors of the Parliament agreed to ban on the use of plastic bottles at meetings shorter than ninety minutes, a welcome initiative showing willingness to lead by example.

Now that the European Commission proposed legislation to reduce the consumption of single-use plastic at national level, the European institutions’ own consumption levels will be open to increased scrutiny from Member States and citizens. With its forthcoming decision, the Bureau can choose to fully eliminate plastic bottles from Parliament, thus demonstrating its commitment to the circular economy. 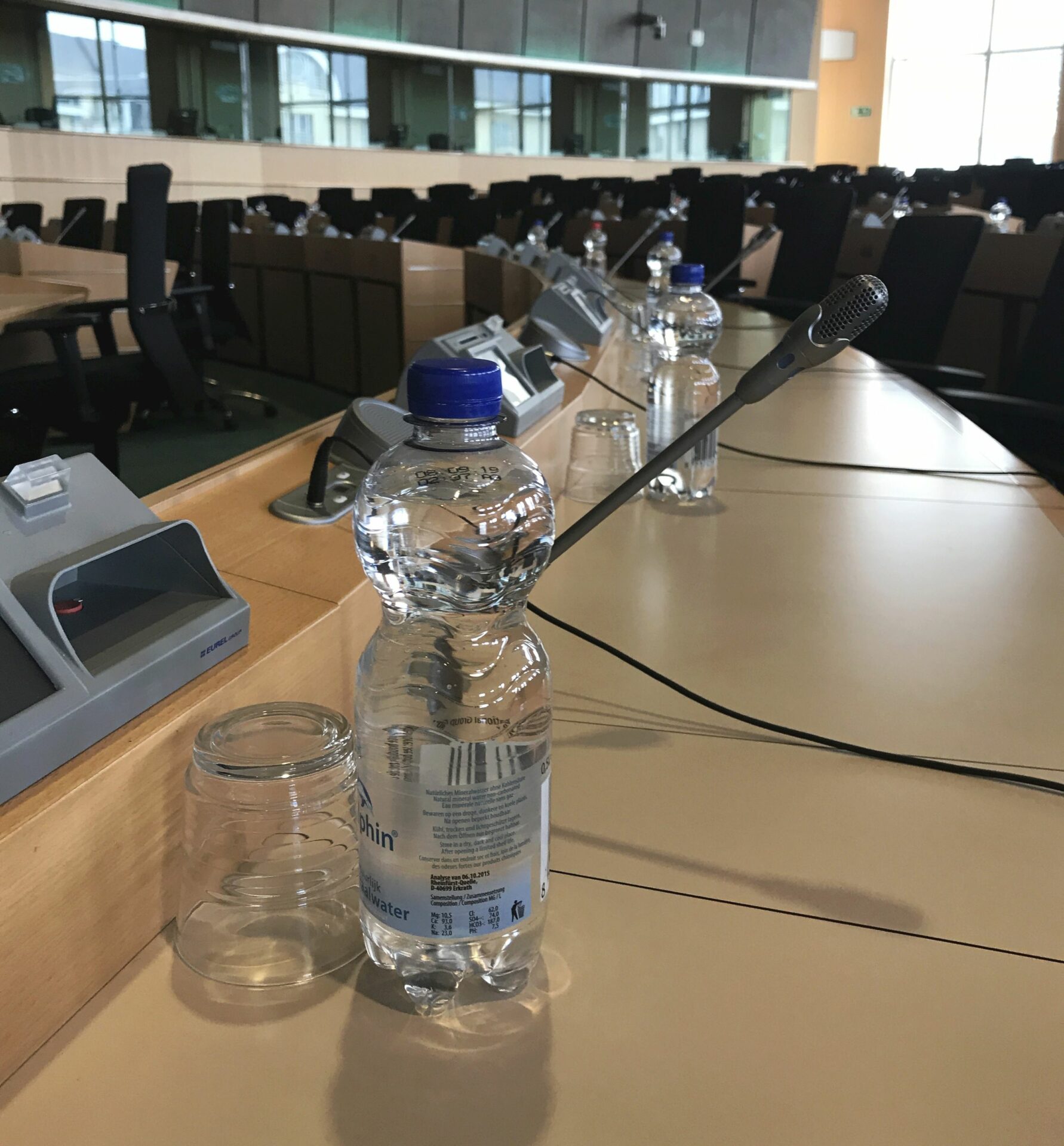