Plastic pollution in the Mediterranean Sea – citizen science in action

A new research study undertaken by Seas At Risk’s member, Project AWARE, has revealed the scale and density of plastic pollution in the Mediterranean. The study was carried out under the citizen science programme, Dive Against Debris®, which conducts surveys of seafloor marine debris.

Between 2011 and 2018, 468 Dive Against Debris® survey dives were conducted in 172 coastal locations in the Mediterranean Sea. The data analysis and study results have now been made available and will be used to develop waste management actions and policies across Europe. During the survey dives, information was collected on the quantity, type, and distribution of seafloor litter in shallow coastal waters. Overall, the average density observed was 43.55 items per 100 m2. Plastic was the predominant material, comprising 55% of the total collected items, with single-use plastic items alone constituting 33% of the total marine litter. 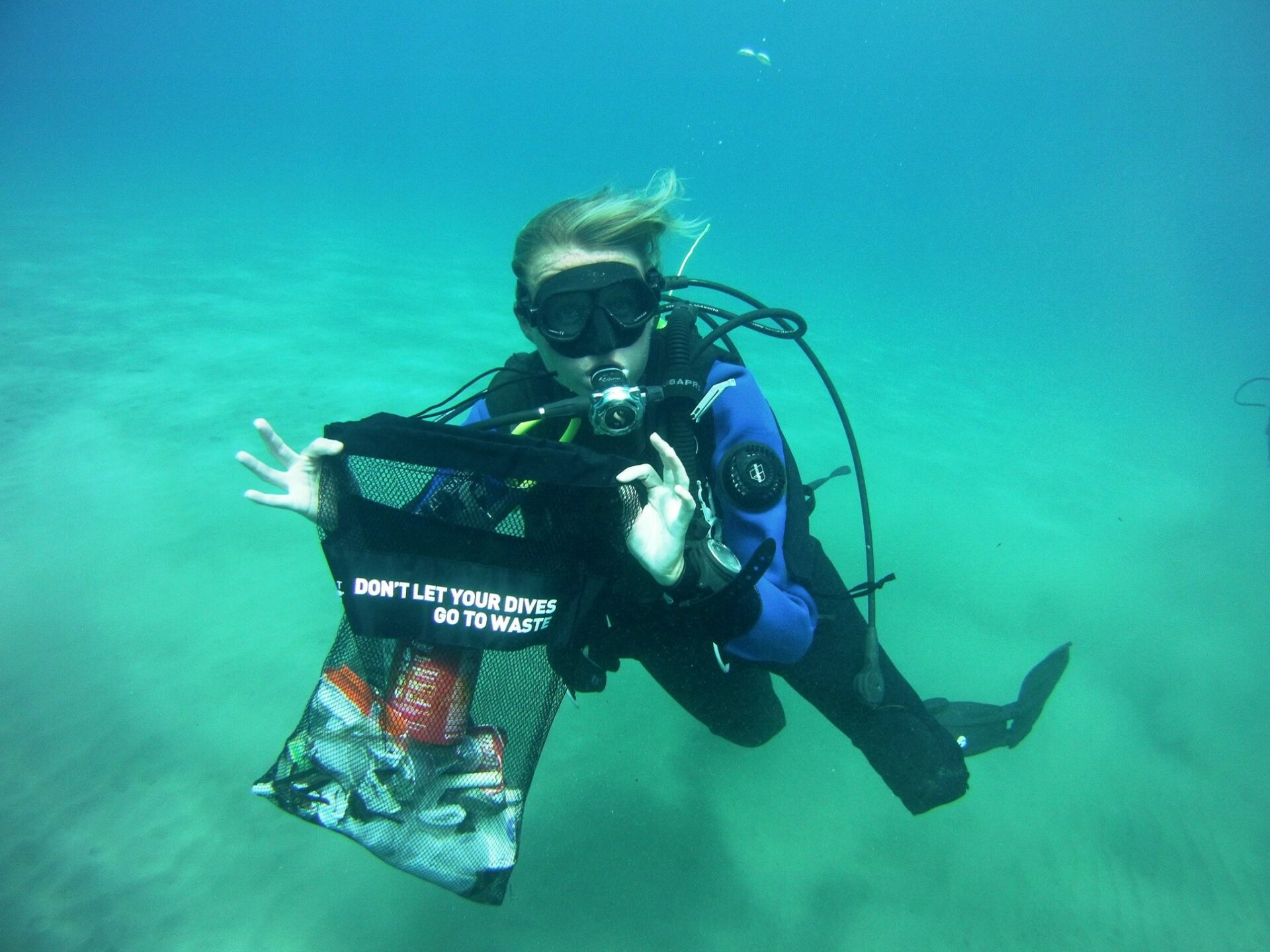 ​Advancing our knowledge and understanding of marine debris – particularly seafloor debris – is integral to informing policy and developing solutions to prevent debris at source. Project AWARE recognises the importance of partnering with research institutes to advance scientific understanding. The Dive Against Debris® dataset provides an invaluable resource for quantifiable data on seafloor marine debris, as well as debris-free dive sites – knowing where rubbish is not present is just as important in identifying marine debris hotspots. No other dataset captures information on seafloor debris on this scale, either temporally or spatially.

Project AWARE is now collaborating on a research project with the Commonwealth Scientific and Industrial Research Organisation (CSIRO) in Australia. The global Dive Against Debris® dataset, together with the Ocean Conservancy’s International Coastal Cleanup (ICC) dataset (focusing on beach cleanups), are being used to conduct an analysis of coastal and seafloor debris to identify sources of marine debris. This is the first analysis of its kind on a global scale, comparing land and seafloor debris. Understanding how marine debris is transported from land into marine systems and the corresponding debris density on the seabed is critical to understanding the distribution and trends of marine debris, including plastic, in the ocean.

Dive Against Debris® provides a standardised survey protocol that can be implemented locally anywhere in the world to monitor sites and provide a baseline to measure trends and – potentially – the effects of local policies. Dive Against Debris® is aligned with the United Nation’s Sustainable Development Goals (SDGs) in a number of target areas and provides world leaders with a monitoring tool to measure and track their progress towards achieving the SDGs. This latest interactive infographic highlights those areas and Project AWARE’s continued support of the 2030 Agenda for Sustainable Development.

Informed by Dive Against Debris® surveys, the Mediterranean study recently published in the ScienceDirect Marine Pollution Bulletin represents the first collection of marine litter data from European volunteer divers. Data analysis is essential for informing policy and implementing legislation that prevents debris from entering the ocean in the first place. Citizen science is a powerful tool to support scientific research, public awareness and policy change.