Small, numerous and persistent: microplastics and their various sources

Microplastics are on everyone’s lips. Small plastics have been found in the remotest areas of the planet: on the surface of the sea, in deep sea sediments, in Arctic ice and even in the digestive tracts of marine animals. But where do these microplastics come from? And what can we do to avoid their dispersion? BUND, a German member of Seas At Risk, offers some interesting answers.

A third of the plastic released into the oceans each year comes from primary microplastics, not the disintegration of larger pieces. This means that tiny plastic particles come directly from consumer products rather than from larger bits of plastics that then degrade in the ocean.

Synthetic fabrics are a primary source of microplastics. Many of us are unaware that our clothes made from synthetic fibres (polyester, polyamide, acrylic) are essentially made from plastic. When washed, fibres break from the textiles and are flushed out with the waste water. Studies show that one laundry wash releases an average 500 to 2000 synthetic fibres. In some cases up to 3000 fibres can be released! Research suggests this equates to  between 18,000 and 46,000 tonnes being released a year in Europe. These fibres are not completely filtered out during wastewater treatment. This means that an important share of them will inevitably end up in rivers, seas and ultimately the ocean. Due to the fact microplastics have a higher density than water, they are particularly dominant in sea sediments, where organisms are susceptible to ingest them. Microplastics can then form knots and obstructions in their digestive tracts.

Artificial sports pitches, commonly used in modern football fields, have also been identified as a major source for microplastics. The core of the problem is the infill material. This is usually made from old car tyres, which are highly durable and not biodegradable. On top of that, hazardous additives and substances added during the transformation process make the product even more dangerous for the environment and its living organisms. According to recent estimations, artificial pitches in the whole of the European Union produce between 18,000 and 72,000 tonnes of microplastics a year, which are likely to be dispersed into the environment and in the sea. Moreover, the problem is likely to become more serious, since the use of artificial turf pitches is growing including in schools and other child-focused environments. 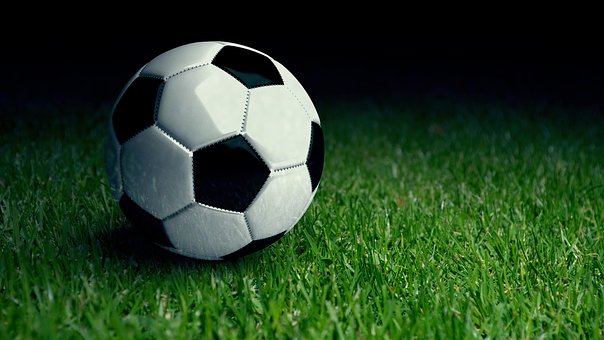 The most paradoxical source of this pollution comes from intentionally added microplastics in personal care products. To raise awareness about this practice, BUND has produced a Consumer’s Guide, which is regularly updated, to help citizens choose products without microplastics and other types of plastics. Following the publication of the guide, several manufacturers stopped using solid microplastics in their products. But liquid synthetic polymers are still present in a very high number of products.

As different as the sources of microplastics may be, the consequences are the same: microplastics accumulate in the marine environment and can have a negative impact on living organisms and ecosystems. The release of microplastics needs, as far as possible, to be stopped. Citizens need to be aware of the challenge, but an important responsibility also lies with our politicians. Some solutions are already at hand to tackle the three sources of pollution mentioned above. To tackle the problem of fibres dispersing, the industrial pre-washing of synthetic textiles and proper discharge of washed out fibres should go in parallel with more efficient filter systems in wastewater treatment plants. Granules made from plastics on artificial turf pitches should not be used. On already existing pitches, measures to reduce the release into the environment should be adopted, such as barriers around the pitches or brush-off-zones where players must clean their shoes and clothes from the granules. Ultimately, we call for a ban on all synthetic polymers (solid and liquid) in personal care products to be adopted. In this context, BUND cooperated with other European NGOs on the European Chemicals Agency’s public consultation around its proposal for a restriction on intentionally added microplastics.

We hope that the new European Commission takes on the microplastics challenge and, under the Plastics Strategy, starts to regulate the production and release of microplastics in the environment.