The European Parliament has leapt forward to protect people and the environment from plastic pollution, and national governments must now show the same ambition, according to the Rethink Plastic alliance.

An overwhelming majority in the European Parliament voted today to strengthen the European Commission’s plan to cut pollution from single-use plastic items. The Parliament voted to ban some of the most problematic throwaway products, such as expanded polystyrene food containers, and to ensure producers are held accountable for the costs of single-use plastic pollution. For fishing gear, one of the largest contributors to marine litter, harmonised standards will be developed and minimum collection and recycling targets will be set at the EU level.

“The European Parliament has made history by voting to reduce single-use plastics and slash plastic pollution in our rivers and ocean” said Justine Maillot, EU Affairs Project Officer at Surfrider Foundation Europe on behalf of Rethink Plastic. “Citizens across Europe want to see an end to plastic pollution. It’s now up to national governments to keep the ambition high, and resist corporate pressure to continue a throwaway culture.”

However, campaigners are disappointed that the full Parliament did not adopt a ban on very light-weight single-use plastic bags supported by the Environment committee.

A leaked letter recently exposed how major plastic polluters such as Coca-Cola, Nestlé, PepsiCo and Danone are lobbying national environment ministers to water down the directive.

Representatives of EU national governments are expected to meet later this month to agree on their joint position, and the three-way negotiations between governments, the European Parliament, and the European Commission could then start as soon as early November. 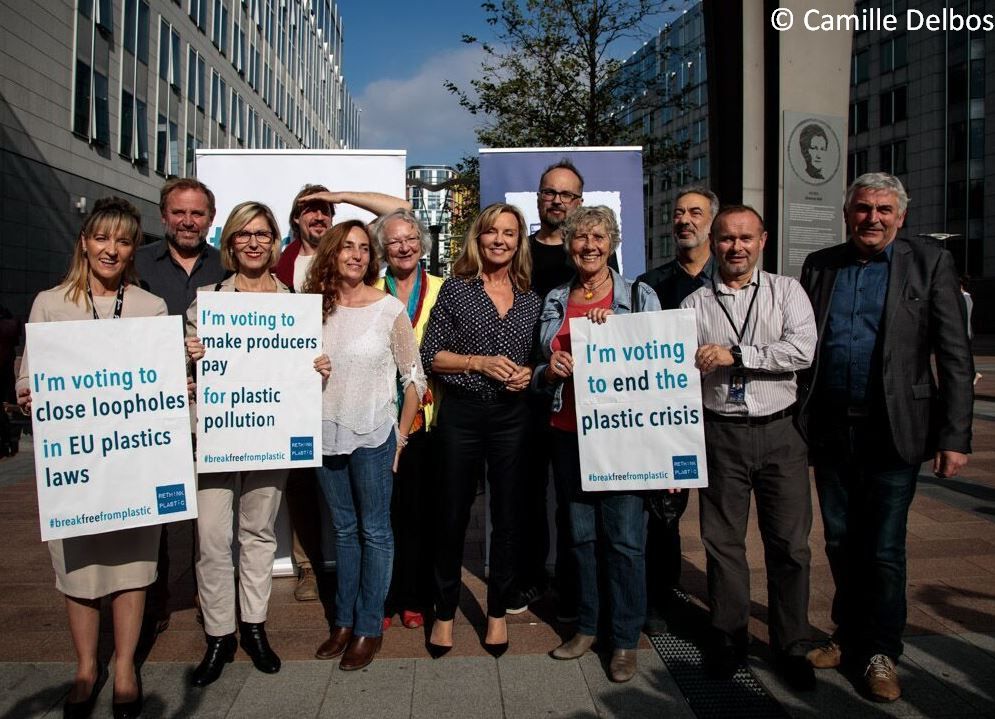