Latest / Press Releases / How to cut ocean plastic pollution? Start with these billions of bottles, straws and coffee cups!

How to cut ocean plastic pollution? Start with these billions of bottles, straws and coffee cups!

New figures shine a light on the massive scale of the single use plastic problem in Europe, a problem that is contributing significantly to the ocean plastic pollution crisis yet could easily be addressed with existing policy solutions.

Today Seas At Risk launches a new study that provides some damning figures of the quantities of single-use, on-the-go plastic items that are a common feature of all European lives. The study estimates that, consumed annually in the EU 28 there are:

These kinds of single use items represent a huge waste of resources, a cost to taxpayers for waste treatment, and account for roughly 50% of beach litter in Europe.

The most readily available solution is for the European plastic bag directive to be extended to other kinds of single use items. This would oblige member states to reduce the number of these items to reach a per capita target, which could be achieved through an outright ban, or by adding a small charge on the product. The study highlights that these measures were incredibly successful for reducing plastic bags, resulting in a drop of 80% used in Scotland. Measures such as charges on bags or deposit refunds on beverage bottles are also very popular with the public where implemented.

The European Commission is currently developing a Strategy on Plastics in a Circular Economy, which is a key opportunity to reduce the massive numbers of needless single use plastic items that are polluting our oceans.

Emma Priestland, marine litter policy officer for Seas At Risk said ‘Until now we had no idea of the scale of consumption of single use plastics. The numbers are staggering; it’s no wonder that on average 50% of beach litter is single-use plastic. The European Union and national governments can and must take legal action now to reduce the use of single-use plastics. This study points us to some very workable solutions.’

The summary report with main findings of the “Single use plastic and the marine environment” can be found here. The background document here. 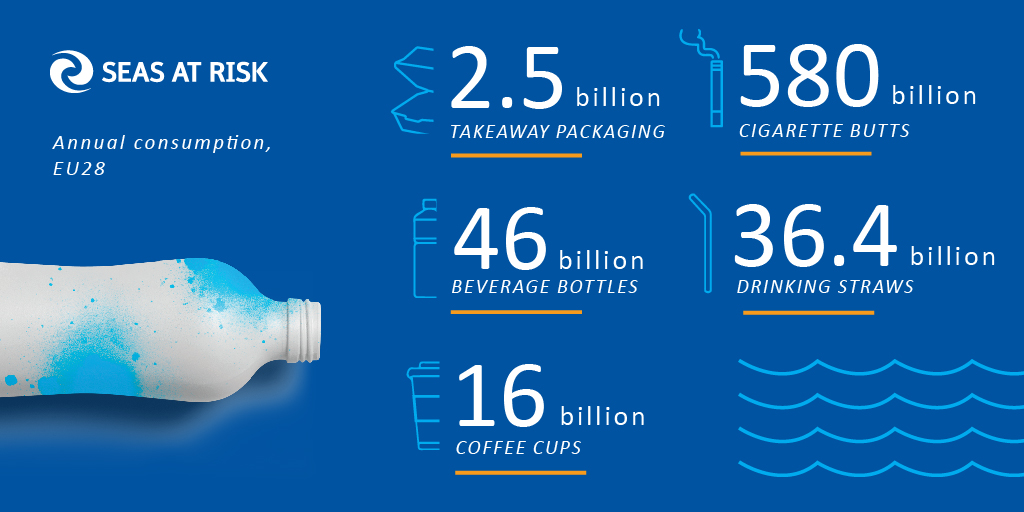 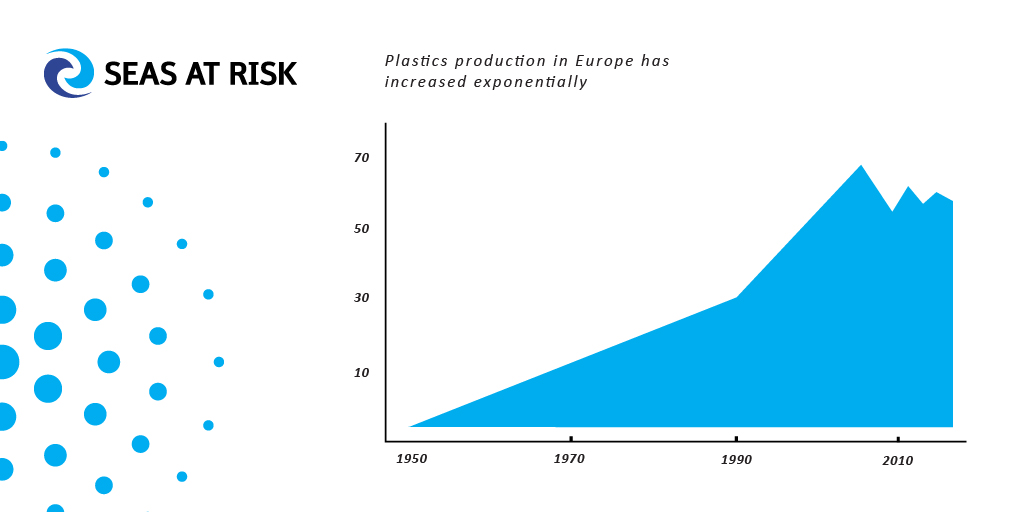